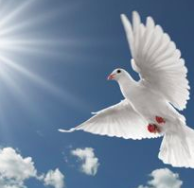 Thomas Richard Abel, 75, of Owensboro, passed away on Saturday, Jan. 5, 2019, under the care of Hospice of Western Kentucky. Thomas was born August 26, 1943, in Owensboro the son of the late Marion W. Abel and Frances Wells Abel. He was retired from Higdon Construction Company where he worked as an equipment operator and truck driver.

He was a member of St. Martins Catholic Church.

He also was preceded in death by nine brothers.

Thomas is survived by a sister, Marian Dettman; and his family and best friends, Charley and Kathy Mattingly, John and Debbie Lewis and Betty Bowlds.

The family would like to extend a special thank you to the staff and volunteers at Hospice of Western Kentucky, especially Lydia Wilson and Anna Smith.

The Family requests that expressions of sympathy be contributed to Hospice of Western Kentucky, 3419 Wathens Crossing, Owensboro, KY 42301.