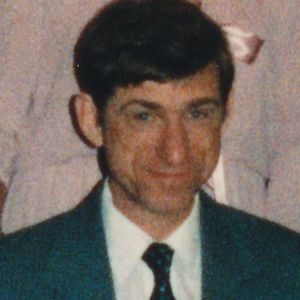 Arthur Lee Richardson, 74, of Pensacola, Florida passed away on Friday, March 1, 2019 at West Florida Care Center in Pensacola. He was born July 24, 1944 in Livermore, KY. He was a 1962 graduate of Livermore High School and had served in the U. S. Army National Guard for six years. Art was in retail management for 50 years having been a manager for Eckerd Drug Stores where he retired from. He also had been a business owner having Art’s Café in Lewisburg, Tennessee. He was a former member of the Jaycees in Tennessee in which he had served as president, enjoyed fishing, and camping. Art was an avid sports enthusiast , was a U.K. basketball and Atlanta Braves baseball fan. He had been a youth baseball coach for four years. He was preceded in death by his mother, Willie Mae Richardson.

The funeral service for Arthur Lee Richardson will be Noon Saturday, March 9, at Glenn Funeral Home and Crematory. The burial will follow in Owensboro Memorial Gardens with full military honors. Visitation will be from 10:00 A.M. until 12:00 P.M. Saturday at the funeral home.

Memorial contributions may be made to Lighthouse Recovery Services, 731 Hall Street, Owensboro, KY 42303 or to the American Stroke Association, P. O. Box 15120, Chicago, IL 60693. Memories and condolences for the family of Arthur Lee Richardson can be shared at www.glenncares.com.