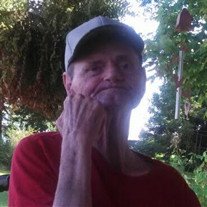 William “Bill” Proctor, 74, of Owensboro passed away on Monday, July 8, 2019 at Owensboro Health Regional Hospital. He was born in Logan County, Kentucky on September 10, 1944 to the late Lenard and Cleo Mefford Proctor. Bill was a farmer and worked at Pacific Molasses. He was a member of Eaton Memorial Baptist Church. Bill enjoyed hunting and fishing.

Along with his parents Bill was preceded in death by his brothers, Jimmy, Lincoln, Junior Proctor, and his sister, Edith Nell, Maudrey.

Bill is survived by his wife of 45 years, Lora Proctor, his daughter, Patricia Proctor, his grandchildren, Dakota Proctor, and Abri Murphy, brother VA, and several nieces and nephews.

A celebration of life will be held at a later date.

The family would like to extend a special thank you to the staff of Redbanks Colonial Terrace in Sebree, Kentucky.

Haley McGinnis Funeral Home & Crematory is both honored and privileged to be entrusted with the care of Mr. Proctor. Share your messages of condolence with the family of William “Bill” Proctor at www.haleymcginnis.com

To send flowers or a memorial gift to the family of William “Bill” Proctor please visit our Sympathy Store.