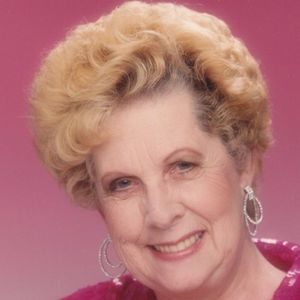 Gertrude Lucille Freeman, 90, of Owensboro, passed away on Tuesday, July 9, 2019 at her home. She was born October 5, 1928 in Graves Co., KY to the late Luther G. and Irene Crowell Portis. Gertrude was a homemaker and a member of Owensboro Christian Church where she was involved in a Bible study group. She enjoyed her part-time job working at Grandy’s, was a very loving wife, mother, and grandmother, and loved all animals. She was also preceded in death by a sister, Deloris Henderson in 2013, and a brother, Bill Portis in 2017.

The Funeral Service for Gertrude Lucille Freeman will be 2:00 P.M. Friday, July 12, at Glenn Funeral Home and Crematory. Burial will follow in Owensboro Memorial Gardens. Visitation will be from 10:00 A.M. until 2:00 P.M. Friday at the funeral home.

Memorial contributions may be made to Hospice of Western Kentucky, 3419 Wathens Crossing, Owensboro, KY 42301. Memories and condolences for the family of Gertrude Lucille Freeman can be shared at www.glenncares.com.