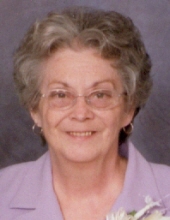 Barbara Sue Whitaker, 76, of Owensboro died Saturday, July 13, 2019 at Redbanks Skilled Care in Henderson. She was born in Owensboro on December 18, 1942 to the late Clyde Stroud and Virginia Maraman Stroud. Barbara had worked at Kenco Plastics/MPD. In addition to her parents, she was preceded in death by her husband, Herschel Bradford Whitaker, Jr. on December 31, 1991.