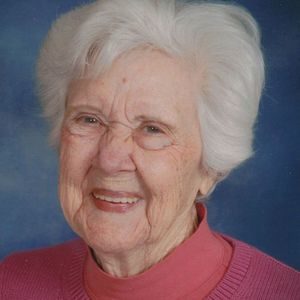 Dorothy Marie Galloway Newton Schell, 90, of Owensboro, passed away on Friday, July 12, 2019 while under the care of Hospice of Western Kentucky. She was born April 13, 1929 in St. Joseph, Ky. to the late Estill and Katherine Turner Galloway. Dorothy was a member of Blessed Mother Catholic Church and was retired from General Electric. and M.P.D. after a total of 41 years.

When she retired in 1989, she volunteered for four years at Burns Elementary School. She later was invited by her friend, Ann Gray, to join in and learn to quilt and eventually thought this was amazing and now a lot of her hand-made things are everywhere including Germany, Holland, and in Florida. She became involved in quilting with the Masonville Methodist Quilting Club and the Maceo Quilting Club. On January 21, 2001, Catherine Roberts, Sue Lanham, Alice Cole, and Dorothy started the one and only quilting club at Blessed Mother. She quilted with them until August of 2010. Dorothy also enjoyed crocheting, cooking, was a master flower and vegetable gardener, and refinished furniture and cane chairs.

Dorothy was also preceded in death by her husbands, William David Newton in November of 1965 and Herman Joe Schell on July 11, 2004, a daughter, Phylis Yvonne Newton Ragland on September 5, 2011, her son, James David Newton on September 5, 2017, a grandson, William Calvin Whaley on October 1, 2000, and her brothers and sisters, Wilbur Charles Galloway, Joseph Stanislaus Galloway, Katherine Estelle Edwards, Mary Joan Schell, Frances Geraldine Goetz, and Mary Gladys Webster. Dorothy was the last one surviving of all her brothers and sisters. Also preceding her in death was a special quilting friend, Catherine Roberts.

Memories and condolences to the family of Dorothy Schell can be shared at www.glenncares.com.