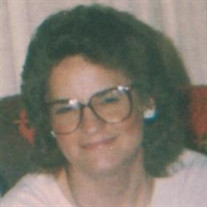 Debra James Bell, 63, of Owensboro, passed away on Saturday, July 28, 2018, at Owensboro Health Regional Hospital. She was born February 12, 1955, in Owensboro to the late David Lucian James and Irene Tichenor James. She was a member of the Baptist faith. She also was preceded in death by a granddaughter, Megan and a brother, Butch James; She is survived by two sons, Kevin (Lisa) Fenwick of Daviess County and Keith (Katie) Fenwick of Owensboro; a daughter, Stacy Fenwick (Bill) Herguth of Pittsburg, PA; five grandchildren, Tony, Cody, Seth, Emma and Sam; one brother, Bennie James of Owensboro; three sisters, Ellen (Charles) Alvey and Brenda Mayes both of Owensboro, and Linda (Tim) Miller of Smyrna, TN; and numerous nieces and nephews. No visitation. Private services will be held at a later date. Haley McGinnis Funeral Home & Crematory is both honored and privileged to be entrusted with the care of Ms. Bell. Share your messages of condolence with the family of Debra James Bell atwww.haleymcginnis.com.