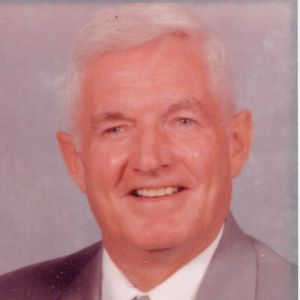 William “Bill” Ryle, 85, of Owensboro went to be with his Lord and Savior Tuesday, April 7, 2020 under the care of Hospice of W. Kentucky. Born February 17, 1935 in Rabbit Hash, Kentucky to the late Bruce and Sue Allen Ryle, Bill grew up in Boone County where Rabbit Hash is located and the mayor is a dog. He came to Christ at age 13 and was baptized in a farm pond in the company of some cows. It was in Boone County where he met his future wife, Martha Jones at a coal pile when she was 14. They later married and Bill began working as a “ramp rat” for Delta Airlines loading and unloading planes where he took off work to graduate from high school. Bill later served his country in the US Army and then returned to work at Delta from which he retired as Supervisor of Operation Services after 40 years. One of the highlights of Bill’s life was his hiking 1,850 miles of the Appalachian Trail while in his 60’s keeping a journal of his experience. He also enjoyed WWII history, coin collecting, UK basketball, and the Cincinnati Reds as well as coaching youth baseball teams. He and Martha were able to take several trips to Hawaii together where they observed a beautiful sunrise while at the top of a volcano. The Ryle’s were friends with Crystal Gayle and the whole Loretta Lynn family. Bill finished his race as a follower of Jesus and a faithful and devoted member of First Baptist Church.

In addition to his parents, Bill also was preceded in death by his sisters, Jean Mason and Sally Jane Hankinson.

In compliance with health and public safety directives, Mr. Ryle’s funeral arrangements at Glenn Funeral Home and Crematory will be private. Burial will be in Old Burlington Cemetery in Burlington, Kentucky.

Memories and condolences for the family of Bill may be left at www.glenncares.com