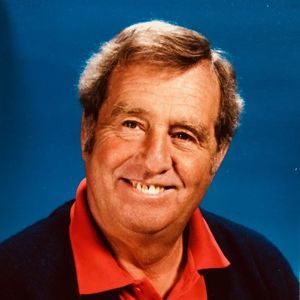 Mickey T. Walker, 88, of Owensboro, passed away August 6, 2018 peacefully surrounded by his family. He was born in Corbin, KY on July 11, 1930 to the late Steely and Bernice Clark Walker. He then served in the Navy and later became a Kentucky Colonel. Mickey graduated from Western Kentucky University, where he received his Master’s degree and Rank I, then continued to be a part of WKU by being a member of the “W Club.” He retired from Daviess County High School, where he served as an educator, mentor, athletic director, coach, and most of all, a friend. After his retirement, he remained a faithful WKU football fan. Mickey also enjoyed volunteering at Splash Swim Club where he loved visiting with the members and their families.

Mickey loved his family, church, country, and school. He was taught by his mother to be loving, kind, and compassionate and was never one to meet a stranger. Mickey was devoted to his wife, Anne, and had a special loving relationship with his grandchildren. He will be sadly missed by all who knew him.

When Mickey wasn’t watching sports, you could find him at Windridge Country Club, Ole South, or J.D.’s Restaurant. He was a religious man and a longtime member at First Baptist Church.

Mickey was preceded in death by his parents; his sister, Margaret McKeehan; and his brother, James Walker.

Services will be 2pm Friday at Glenn Funeral Home and Crematory with Dr. Paul Strahan and Brother Steve Cripps officiating. Burial will follow at Owensboro Memorial Gardens. Visitation will be from 4pm to 8pm Thursday evening and Friday from 12pm to 2pm at the funeral home.