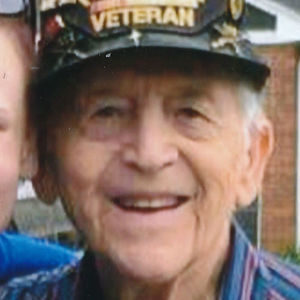 John F. Bramschreiber, 91, began his life journey January 10, 1927 on the family farm located on Bramschreiber Road near Little Suamico, Wisconsin. Accompanied by his Lord and Savior Jesus Christ and faith in Almighty God, he traveled as far as Korea and Europe in the United States Army in service to his country as First Lieutanant before coming to Owensboro. He completed his journey to his eternal home in Heaven on August 6, 2018, while in the care of Hospice of Western Kentucky at the Heartford House.

Life spent growing up on the farm dealing with northeast Wisconsin winters and not having the use of machinery, instilled in the Bramschreiber family a work ethic that served John in all that he did. This was especially true of his 30 years with the Owensboro Fire Department retiring as Captain. John had been a member of Buena Vista Baptist Church since 1992. An avid Green Bay Packers fan, he loved cheering them on and watching movies Sunday afternoons with his dear friend Sam Riley.

Services will be Noon Friday, August 10, at Glenn Funeral Home and Crematory. Burial will follow in Owensboro Memorial Gardens with full military honors. Visitation will be from 4:00-8:00 P.M. Thursday and after 10:00 A.M. Friday at the funeral home.

Memorial contributions may be made to the Heartford House, c/o Hospice of Western Kentucky, 3419 Wathens Crossing, Owensboro, KY 42301.