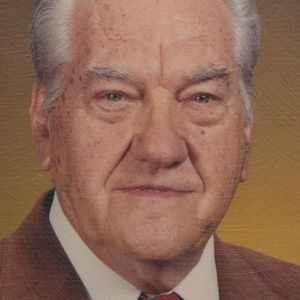 Henry Thomas Luckett, Jr. of Owensboro passed away Friday, August 3, 2018 at his home, where he had resided since 1952. He was born in St. Joseph, Kentucky to the late Henry Thomas Luckett, Sr. and Ora Maria Pike Luckett. Henry was a graduate of West Louisville High School.

Mr. Luckett spent 32 years at Sears where his work included management of the Farm and Home Improvement Departments. He was also co-owner of Leisure Hut Sporting Goods and Luckett Construction Company. Henry was an active lifetime member of St. Stephen Cathedral. Mr. Luckett was a 77 year member of the Knights of Columbus Evansville Council and a member of the Travelers Protection Association. He had served as President of Daviess County Adult 4-H Council and was selected by the Owensboro Jaycee Club as “Boss of the Year” in 1977. He farmed much of his life, primarily raising cattle. He was an avid gardener who also loved reading and working crossword puzzles.

The Funeral Mass will be 12 Noon, Wednesday, August 8 at St. Stephen Cathedral. Fr. Jerry Riney will officiate. Burial will be at St. Alphonsus Cemetery in St. Joseph, KY. Visitation will be Tuesday from 2 until 8 PM, with prayers at 6:30, and Wednesday from 9 until 11:30 AM at Glenn Funeral Home and Crematory.

Memorial contributions may be made to Passionist Nuns of St. Joseph Monastery, 8564 Crisp Rd, Whitesville, KY 42378.