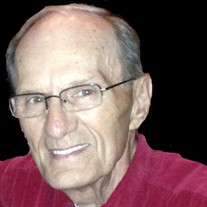 David Vanover, 73, of Owensboro passed away on Friday, Aug. 10, 2018, under the care of Hospice of Western Kentucky. David was born on August 8, 1945, in Daviess County to the late John William Vanover and Martine Sosh Vanover. He was a retired self-employed musician. In his career, David played as the house drummer with Don Carlton Trio at the Executive Inn’s Time Out Lounge for over twenty years. He also played with the Chevelle’s, Kentucky Rain, Risky Business and Three for All.

He was a member of the Christian faith.

David and Peggy created and hosted the Annual Musician’s Reunions, where they enjoyed spending quality time with their musician friends. He also enjoyed working on the restoration of vintage drums, antique cars, going camping and spending time with his grandchildren.

Including his parents, he was preceded in death by four brothers, Jimmy, Charles, Gene and Kenneth Vanover.

Expressions of sympathy may take the form of donations to Hospice of Western Kentucky, 3419 Wathens Crossing, Owensboro, KY 42301. Envelopes will be available at the funeral home.

Haley McGinnis Funeral Home & Crematory is both honored and privileged to be entrusted with the care of Mr. Vanover.