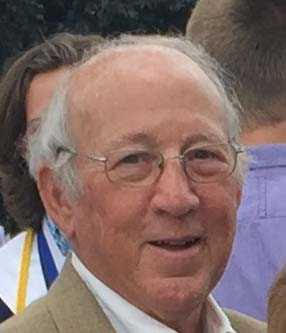 Richard Douglas Booth, 78, of Owensboro passed away August 19, 2018, at his home.  He was born in Owensboro, on March 4, 1940, to the late Samuel Booth and Monta Mae Ballard.  Richard was a co-owner and later retired from Tire Mart. He was the member of the Serra Club, Lions Club, and a volunteer at St. Vincent de Paul, a Eucharistic minister, and a devoted member of St. Stephen Cathedral. He was an avid fan and big supporter of OCHS athletics, a youth athletic coach, and enjoyed going to the beach, golfing, eating out at restaurants, and traveling.  He loved his children and grandchildren, and he was affectionally referred to as Dad-d.

Along with his parents, he was preceded in death by his wife of 57 years and high school sweetheart, Faye Wimsatt Booth, brothers, Bill Booth and Wendell Booth, and, a sister Geraldine Mudd.