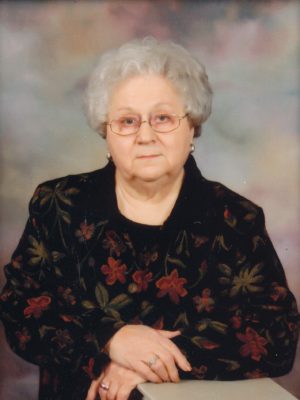 Margaret Lucille Frederick, 81, of Owensboro, passed away on August 21, 2018 while under the care of Hospice of Western Kentucky. She was born July 27, 1937, in Daviess County, to the late William Lee and Ga Zella Hamilton Frederick. Margaret graduated from Owensboro High School in 1955 and enjoyed going out to eat and keeping up with her classmates throughout her life. She began working right after high school at General Electric before it switched over to MPD and retired from there in 1996 after 40+ years of service in various departments. Margaret was of the Baptist faith and enjoyed spending time with her family.

She was also preceded in death by her niece, Karen Hudson.

The funeral service for Margaret will be 10 a.m. Saturday, August 25, 2018, at Glenn Funeral Home and Crematory with Bro. Eugene Howard officiating. Burial will follow at Rosehill – Elmwood Cemetery. Visitation will be Friday from 3 p.m. until 8 p.m. and also Saturday from 9 a.m. until the time of service at the funeral home.