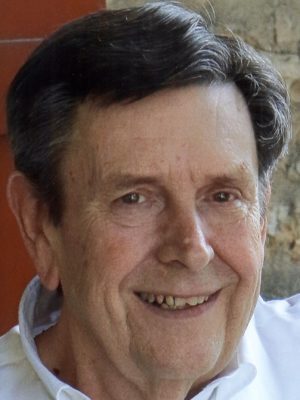 Born in Owensboro, he graduated from Owensboro High School, received a bachelor’s degree in economics from Brescia University, and a Master’s degree in Social Work from the Kent School at the University of Louisville.  His career began as a social worker with Public Assistance in Owensboro and Elizabethtown.

Returning to Owensboro he worked with the Cabinet for Health and Family Services, from which he retired as the District Supervisor for the 7-County Green River Region. Following his retirement, he worked for Green River Area Development District before continuing his work with Audubon Area Community Services.  Mr. Horton enjoyed nature, and anything related to the outdoors, including camping and canoeing.

He was preceded in death by his parents, Richard T. and Emogene Himes Horton; his brother, Richmond Thomas Horton, Jr.; his sisters, June Horton Payne and Hope Horton Gaddis; and his father-in-law, Kenneth E. Wood.

The funeral service for Mr. Horton will be 12:00 noon Friday at Glenn Funeral Home and Crematory where visitation will be from 10:00 a.m. Friday.  Burial will be in Owensboro Memorial Gardens.  Expressions of sympathy may take the form of contributions to the charity of one’s choice.