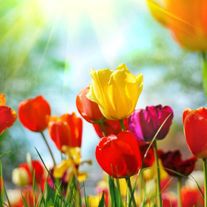 Vicki Ann Bowman, 63, of Owensboro, passed away on Sunday, August 26, 2018 at Signature Healthcare at Hillcrest following a brief illness. She was born in Owensboro, Kentucky on July 16, 1955. She was preceded in death by her father, Willard Davis Bowman.

She is survived by her mother, Dorothy Brown Bowman; a brother, Ricky Davis Bowman of Owensboro; a nephew, Nicholas Bowman of Ft. Lauderdale, Florida; a niece, Lindsay Bowman and two great-nieces Lily Scalise and Isla Scalise of Boca Raton, Florida.

There will be no formal funeral service. James H. Davis Funeral Home & Crematory are in charge of arrangements.

The family would like to extend thanks to all who visited her and most especially to the staff and caregivers at Signature Healthcare at Hillcrest for their patience, kindness and professional care during her illness.