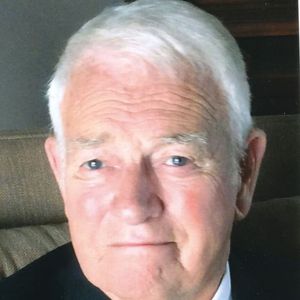 Billy C. Bartlett, 83, of Owensboro, passed away Sunday, January 10, 2021 at Wellington Parc. He was born August 26, 1937, in Ohio County, to the late Rosel Bartlett and Pearl Bozarth Crowe. Billy was retired from the United States Navy where he proudly served for 20 years. After that he worked for Mullen and Haynes for 22 years, before retiring for good. He was a deacon at Yelvington Baptist Church where he was a member for many years. Before moving into town later in life, Billy and his family lived on a farm for 40 years where he thoroughly enjoyed the outdoors and tinkering in his garage. After his retirement he enjoyed travelling, camping and spending the winter months in Florida. He was also an avid fan of UK basketball.

Along with his parents, he was also preceded in death by two sisters, Ilene Pinkston and Jacqueline Pollard; three brothers, Alvey, Edgar, and Larry Bartlett; a grandson, Andrew Beauchamp; and two sons-in-law, Gary Beauchamp and Spencer Adkins.

The funeral service for Billy Bartlett, with limited attendance due to health directives, will be held Saturday at Glenn Funeral Home and Crematory. Visitation will be Friday from 3 p.m. until 7 p.m. and Saturday from 10 a.m. until 11:30 a.m. Burial will be in the Field of Honor at Owensboro Memorial Gardens Cemetery. The number of those attending the visitation and funeral service shall be with current health and safety directives. Family and friends shall wear appropriate personal protective masks. For visitation and service please enter the doors near the flagpole on the Breckenridge Street side of the building.

Memories and condolences for the family of Billy Bartlett may be left at www.glenncares.com