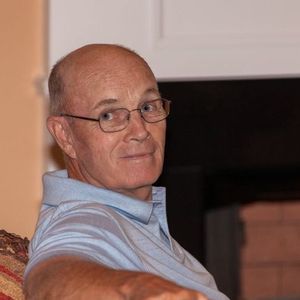 John W. Roberts, 82 passed away at his home surrounded by his wife, Rose and daughters, Amy and Julie. He was born January 18, 1939, in Hancock County (in the Pate House where Abraham Lincoln was tried for ferrying a man illegally across the Ohio river) to the late Manuel and Mary Catherine (Rhinerson) Roberts. John served in the Kentucky National Guard and was recognized for his outstanding contribution to the security of the United States in active Federal Service during the Berlin Crisis. He was a machinist at Green River Steel and after retiring he worked at River City Tool and Die. He was a member of Sts. Joseph and Paul Catholic Church where he and his wife received the Sophia Award from the Roman Catholic Diocese of Owensboro for distinguished service. John was a quiet man with a servant’s heart and would help anyone which was exhibited through his work with St. Vincent dePaul and his many trips to Louisiana to help after Hurricane Katrina. He was mechanically inclined and able to fix most anything and often used those skills to help family and friends. John enjoyed cars, sports, hunting, UK Basketball and was best known for being an avid golfer, but his greatest enjoyment was his grandchildren.

In addition to his parents, he was also preceded in death by his sister, Rethia (Roberts) Myers.

The funeral Mass will be 11:00 a.m. Friday at Sts Joseph and Paul Catholic Church with Father Mike Williams officiating. Interment to follow Saturday at 11 a.m. in Resurrection Cemetery. Visitation will be Thursday from 4 until 7 p.m. with prayers at 6:30 p.m., and Friday from 9:30 until 10:30 a.m. all at Glenn Funeral Home and Crematory.

The family wish to thank the Veterans Administration, Kaylee Anderson, Lisa Gerteisen, and Hospice of Western Kentucky for the excellent care they gave.

Expressions of sympathy may take the form of contributions to Sts. Joseph & Paul Catholic Church, the Carmel Home or Hospice of Western Kentucky.

Memories and condolences may be offered to the family at www.glenncares.com