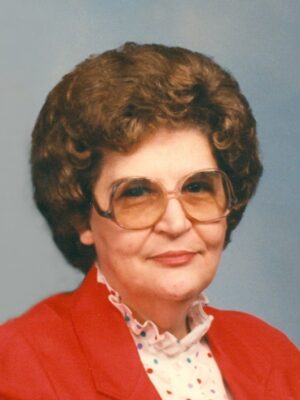 Peggy Ann Rogers, 86, of Owensboro, passed away on Wednesday, October 13, 2021. She was born August 9, 1935 in Hancock County to the late William Ivory and Doris Swihart Bruner. Peggy enjoyed antiquing and crafting.

In addition to her parents, she was preceded in death by her husband of 58 years, Chester V. Rogers in 2012; and a grandson, Austin Franklin Rogers.

Graveside services will be at 10 a.m. on Saturday in Memory Gardens Cemetery in Hawesville. James H. Davis Funeral Home & Crematory is in charge of arrangements.