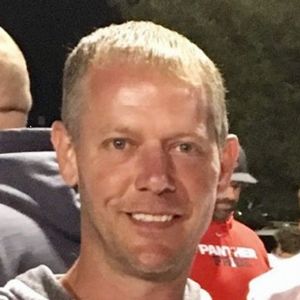 Jason Ray Young, 45, of Radcliff formerly of Owensboro passed away Wednesday, October 13, 2021 at his residence. The Daviess County native was born July 17, 1976, to Sandra Joyce Crowe Young and the late Donnie E. Young. Jason attended Daviess County High School and had worked as a journeyman for Acme Plumbing and Heating before being employed in waste-water management at Jim Beam Distillery. He enjoyed playing video games, UK athletics, attending NFL games especially between Pittsburg and Cincinnati, and could run the table in billiards when younger. Jason was a big-hearted, compassionate, and generous person who had professed faith in Christ and loved his family dearly.

Those left to cherish his memory include his mother, Sandra Joyce Young; brother, Jeff Young (Deanna) and their children, Trevor and Emma of Owensboro; twin sister, Jamie Rose (Jason) and their children, Connor and Avery of Evansville; stepchildren, Logan Jolly and Sharon Powers.

Memories and condolences for the family of Jason Young may be left at www.glenncares.com