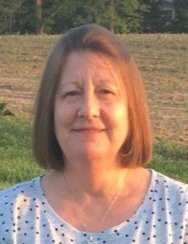 Rebecca Jane “Becky” Knight, 58, of Owensboro was peacefully welcomed into the arms of Jesus on Friday, October 15, 2021 at her home while surrounded by family and friends. She was born on September 24, 1963 in Daviess County to the late Junior “J.R.” Redford and Nola Dene Hadden Wells. She was a member of Life Community Church. Becky cleaned houses for many years and her greatest accomplishment was being BeBe to the grandkids.

In addition to her parents, she was preceded in death by a grandchild, Aiden McGehee.

Funeral services will be at 12:00p.m. on Thursday, October 21, 2021, in the Chapel at James H. Davis Funeral Home & Crematory. Burial will follow in Owensboro Memorial Gardens. Visitation is from 3:00-7:00 p.m. on Wednesday and after 9:00a.m. on Thursday at the funeral home.

Expressions of sympathy may take the form of donations to the Susan G. Komen For the Cure Foundation, 4424 Vogel Road, Suite 205, Evansville, IN 47715.