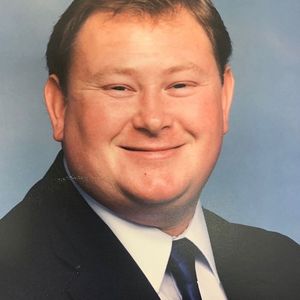 Jessie Wayne Holmes, 59, of Smyrna, Tennessee, formerly of Owensboro, went to be with the Lord on Sunday, October 24, 2021 at Southern Hills Medical Center in Nashville, Tennessee. Jessie was born on November 20, 1961 in Owensboro and grew up in Utica. He was a 1981 graduate from Apollo High School and had been employed with Hayward Pool Products in Nashville for the past 20 years.

Jessie was a very caring and kind man who enjoyed making people laugh, had a wonderful sense of humor, and was a person who never met a stranger. He had an interest in collecting knives and enjoyed fishing, woodworking, playing board games, and listening to classic rock and 1970’s and 1980’s music. Jessie was a “Mr. Fix-It”, enjoyed spending time with his family, and was an excellent cook. He was a talented artist and enjoyed drawing and painting. He loved visiting the Smoky Mountains, spending holidays with family and friends, and was an avid Kentucky basketball fan.

Jessie was preceded in death by his father, David Holmes in June of 2021, his mother, Juetta “Judy” Holmes in May of 2020, as well as a nephew, Danny Holmes in September of 2000 and a sister-in-law, Cendy Holmes.

Services will be 2 pm Saturday, October 30, at Glenn Funeral Home and Crematory with burial following in Owensboro Memorial Gardens. Visitation will be from 10 AM until 2 PM Saturday at the funeral home.

Expressions of sympathy may take the form of donations to the Mayo Clinic, Department of Development (Covid-19 Research Fund), 200 First Street. S.W., Rochester, Minnesota 55905. Memories and condolences to the family can be shared at www.glenncares.com.