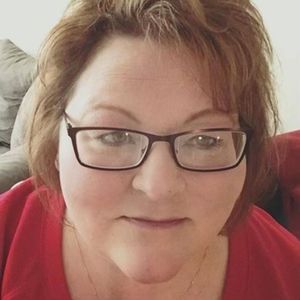 Stephanie Dee Summers Leslie, 51, of Owensboro, passed away Monday, November 15, 2021, at Owensboro Health Regional Hospital. She was born April 29, 1970, in Germany to the late Jackie Ray Summers and Cynthia Summers while her parents were serving in the military. Stephanie graduated from Henderson County High School and was employed in social work. She was a loving wife and mother who served her family well. Stephanie had a great sense of humor but had the worst taste in TV shows. She and her husband were members Soldiers for Christ motorcycle ministry and Reflections of Christ Church in Ohio County.

Those left to cherish her memory include her husband of 12 years, Mike Leslie; daughters, Elaine Leslie of Owensboro and Catherine Leslie of Clarksville, Tennessee; mother, Cynthia Summers

Arrangements for Stephanie Leslie are private.

Expressions of sympathy may take the form of contributions to Soldiers for Christ, 628 Maple Hts. Owensboro, KY 42303.

Memories and condolences for the family of Stephanie Leslie may be left at www.glenncares.com