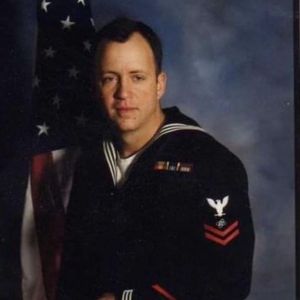 Richard Allen Wathen, 55, of Owensboro, passed away peacefully at his home on November 16, 2021. He was born in Owensboro on April 29, 1966, to the late Don Wathen Sr. and Sue Dickens. He was a graduate of Apollo High School and the University of Kentucky. Rich was a veteran of the U.S. Navy and retired from a career with the U.S. Postal Service. He enjoyed playing golf, bowling, going to the casino, listening to country music, and spending time with his many friends.

He is survived by his sister, Sally Wathen; his brothers, Don (Cathy) Wathen Jr. and Tommy (Becky) Meisner; his stepmother, Reba Wathen; his nephews, Reid Wassmer and Griffin Wassmer; and his nieces, Shelby (Vince) Biller and Lauren (Clay) Baldwin.

The service will be at 2 pm, Sunday, November 21, 2021 at Glenn Funeral Home and Crematory. Visitation will be at the funeral home from 1 pm to 5 pm Saturday and Sunday from 1 pm until the time of service.

Expressions of sympathy may take the form of donations to the Heartford House, C/O Hospice of Western Kentucky, 3419 Wathen’s Crossing, Owensboro, KY 42301.