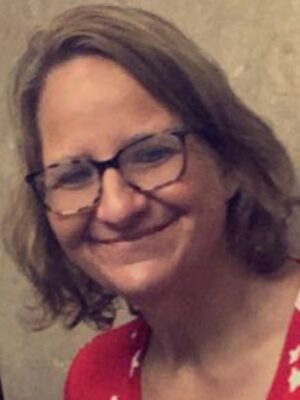 Christy was such a light in this sometimes dark world and she will be deeply missed by all who were lucky enough to know her. She touched the lives of so many people throughout multiple generations. During her time with us, she made a point to always remind others that she loved them anytime she could. Anyone who knows Christy knows that she was a Free Spirit with a kind soul and brought laughter and joy into the lives of everyone she crossed paths with, even at her own expense.

Her love of life was evident in the way she lived. Christy was an exceptional Mother who valued her children beyond measure. She was an avid concert-goer, loved time with her family and friends, and loved vacationing at the beach enjoying the sunshine. Christy was a dedicated, hardworking employee at Walmart for over ten years. For us, she really is that pebble thrown into a lake as the lives she touched act as ripples that extend far beyond just us.

We will cherish forever the memories you gave us.

Until we meet again.

Christy was preceded in death by her grandparents Shirley Brothers and Eddie and Jeanette Powers; aunts, Rhonda McDaniel and Trisha Burden; and an uncle, Terry Powers.

Left to honor Christy’s memory are her children, Raegan and Emree Hoover; her parents, Jacky Dale Jackson and Melissa Gale Powers; and her siblings, Brittany Voges and Kristie Westerfield (Mike); and her grandfather, Basil Jackson.

Funeral services will be held at 6:00 pm on Tuesday, November 23, 2021 at Haley McGinnis Funeral Home & Crematory. Visitation will be held from 1:00 pm until service time Tuesday at the funeral home.

Haley McGinnis Funeral Home & Crematory is both honored and privileged to be entrusted with the care of Miss Jackson. Share your messages of condolence with the family of Christy Jackson and sign her virtual guestbook by going to www.haleymcginnis.com