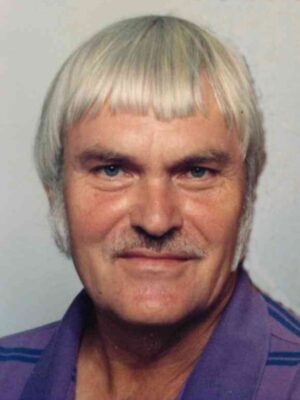 Wayne Lee Kaysinger, 77, of Whitesville, died at his home, on Saturday, November 20, 2021. He was born on June 9, 1944 in Ohio County, to the late Jesse Wilbur and Frankie Farmer Kaysinger. He was a grand tinkerer and could build anything. Wayne was a great mechanic and a jack of all trades. He loved playing music at the church services at Bon Harbor Nursing Home.
In addition to his parents, Wayne is preceded in death by his siblings, Beverly (Roach) Saunders and Roger Glenn Kaysinger.
Wayne is survived by his wife of 21 years, Myrtle Scarberry Kaysinger, a brother, Owen (Rosa) Kaysinger and many nieces and nephews.
A funeral service will be held on Tuesday, November 23, 2021 at 2:00 p.m., with burial following at Cates Cemetery in Whitesville, KY. Visitation will be from 10:00 a.m. to 2:00 p.m. on Tuesday, November 23 at Cecil Funeral Home in Whitesville, KY.
Cecil Funeral Home
10153 Kentucky 54
Whitesville, KY 42378
(270)233-4437
Website
Get Directions