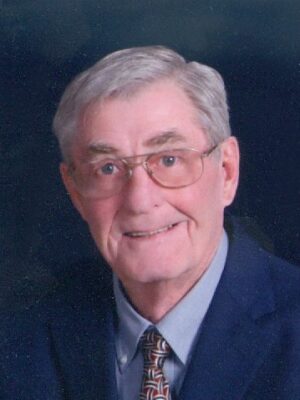 Alan Robert Howard, 84, of Owensboro, passed away on Sunday, December 26, 2021 at Owensboro Health Regional Hospital. He was born May 6, 1937 in Philpot to the late Robert Vincent and Nora Hannah Hinsey Howard. Alan retired after 41 years from W.R. Grace where he worked as a chemical operator and was a U.S. Navy veteran, which he was very proud. He was a member of St. Pius Catholic Church. Alan was a history buff, avid reader, liked poetry and loved watching Jeopardy. He was the highlight of any social gathering with his funny stories and jokes. His four great-granddaughters were the highlight of his life.

In addition to his parents, he was preceded in death by two brothers, George W. Howard and Vincent C. Howard; and a sister, Anna Marie Krayzel.

Funeral services are private. Burial will be in Resurrection Cemetery. James H. Davis Funeral Home & Crematory is in charge of arrangements.