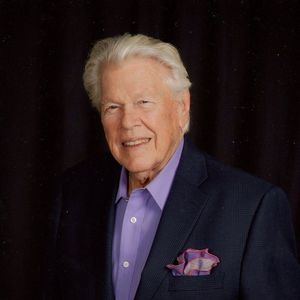 Norman W. Gentry, 89, of Owensboro, passed away peacefully on Monday, December 27th, 2021, at the Heartford House while under the care of Hospice of Western Kentucky. He was born December 6, 1932, in Evansville, IN, to the late David W. Gentry, Sr. and Vivian (McDaniel) Gentry.

Norman was a beloved father, grandfather, great grandfather, and friend. He was a member of St. Stephen Cathedral, a lifelong Owensboro Catholic sports fan, UK basketball fan, Notre Dame football fan; and was a proud alumnus of Bosse High School, where he played football. Norman was also a United States Navy Veteran, who served during the Korean War. He was a salesman for many years at Sears and Roebuck, where he sold sewing machines.

In addition to his parents, and wife of 52 years, Eileen K. Gentry; he was preceded in death by his stepmother, Ruth Gentry; and brothers, Robert Gentry and David Gentry.

The funeral mass for Norman will be held at noon Thursday at St. Stephen Cathedral. Burial to follow in Resurrection Cemetery. Visitation will be Thursday from 11 a.m. until time of service at the church.

Expressions of sympathy may take the form of contributions to St. Benedict Homeless Shelter, Shriners Hospital, and Hospice of Western Kentucky.

Memories and condolences for the family of Norman Gentry Sr. may be left at www.glenncares.com