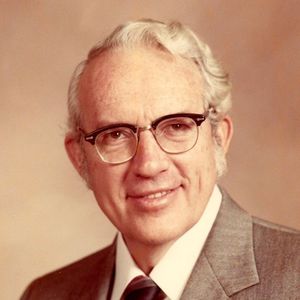 He was a Petroleum Geologist and co-owner of two oil exploration companies: Magnum Oil, LLC and A & E Exploration, LLC. He Graduated from Elwood (Indiana) High School in 1942, attended Butler University in Indianapolis in 1942-43, then spent nearly 3 years in the Army during WWII. Following his Army service he entered the University of Oklahoma, majoring in Geology and graduating with a Master of Science Degree in January 1950. It was during his time in Norman, Oklahoma he met and fell in love with his wife of sixty years, the late Marjorie Kathleen (Kathy) Thomas, from Marshall, Missouri. It was during Avery’s first job as a Geologist for Sun Oil Co. in Morganfield, KY. where their two sons, Tom and Ed were born. Their two daughters, Peggy and Patricia, where born after Avery & Kathy moved to Owensboro in 1953. Avery and his late wife, Kathy, loved Owensboro and were long time members of Zion United Church of Christ, where both were choir members and active in various church offices.

In college he trained for and received his private pilot license. In the 1960’s and 70’s he was an active member of the Owensboro Divers and Explorers Club. Avery enjoyed taking his family camping, fishing, scuba diving, spelunking, canoeing and traveling. He worked as a field Geologist for Sun Oil Company in Morganfield, KY. for 3 years, and later was Division Geologist for Felmont Oil Co. in Owensboro, KY for 9 years. Later employment included 13 years with the Kentucky Geological Survey based in their joint USGS-KGS office in Owensboro, where he participated in the geological mapping of much of North-Western Kentucky in the 1960’s and 70’s. In 1975 Avery left the KGS and embarked on a career as a consultant, which included clients such as Exxon, Dupont, and many other companies and individual oil operators. Later he formed Magnum Oil, LLC with two partners, and A & E Exploration, LLC, in which he partnered with his son, Ed. Avery had a major part in assessing ground water contamination potential of the Owensboro city drinking water supply thru the Green River District ground water survey program during the 1990’s and received several state and local awards as a volunteer in the project.

Expressions of sympathy may take the form of contributions to Heritage Place Assisted Living, 3362 Buckland Square, Owensboro, KY 42301 or Hospice of W. Kentucky, 3419 Wathen’s Crossing, Owensboro, KY 42301.
Arrangements for Avery Smith are private. Care by Glenn Funeral Home and Crematory
Memories and condolences for the family of Avery Smith may be left at www.glenncares.com