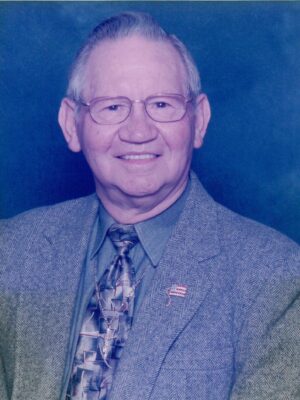 Joseph Aubrey Hodskins, 94, of Owensboro, passed away Tuesday, December 28, 2021, under the care of Hospice of Western Kentucky. He was born in West Louisville on August 24, 1927 to the late James Aubrey and Mary Rose Ambs Hodskins. Joseph, a US Army veteran, retired from Hon Industries after 41 years. During that time, he also worked part-time for Sears for 18 years. He was a lifetime member of Immaculate Church, where he loved to be an Altar Boy in his later years. Joseph loved woodworking, gardening, John Deere tractors, playing cards, listening to cassettes and 8 tracks of country music, and was a Jack of All Trades. He also loved to travel and take trips.

Along with his parents, Joseph is preceded in death by his wife, Betty Jean Hodskins; his brothers Martin Hodskins and George Hodskins; his sister Lorene Glenn; and a grandson, Josh Hodskins.

Visitation will be Sunday, January 2, 2022, from 3:00 pm to 7:00 pm, with prayers being said at 5:00 pm, at Haley McGinnis Funeral Home & Crematory. Services will be Monday, January 3, 2022, at 10:00 am at Immaculate Catholic Church, with Father John Vaughan presiding. Burial to follow at Resurrection Cemetery.

In lieu of flowers, expressions of sympathy may take the form of donations to Hospice of Western Kentucky. Envelopes will be availble at the funeral home.

Haley McGinnis Funeral Home & Crematory is both honored and privileged to be entrusted with the care of Mr. Hodskins. The family would appreciate your sharing messages of condolence and memories of Mr. Joseph Aubrey Hodskins, and invite you to sign his virtual guestbook by going to www.haleymcginnis.com