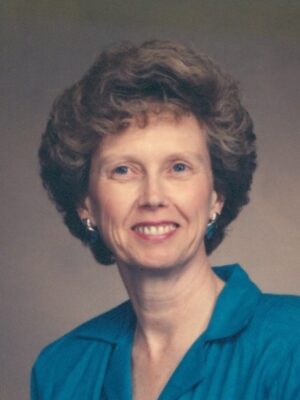 Barbara Cecil Russ, 80, of Owensboro, passed away on Wednesday, December 29, 2021 at Deaconess Gateway in Newburgh, Indiana. She was born on February 24, 1941 in Owensboro to the late Robert E. (R.E.) Cecil and Viola Mae Gaddis Cecil. She grew up on the Veatch Road with Wayne Russ also living across the road from her. Little did anyone know that they would eventually get married to each other. She started the vegetable stand business at R.E. Cecil Garden on Veatch Road that was the transition from truck farming. Barbara worked for Messenger-Inquirer as a proof reader and became a Kentucky Colonel in November of 1985. She was a Master Gardener and was on the Owensboro Herb Society Board, where she was president for various years and oversaw the sale of herb plants for them. She helped start the Owensboro Herb Society and designed the Owensboro Herb Society’s garden, which is located on 2nd Street across from the courthouse. Wayne of course was there, as her builder and helper, as he always has been there for her.

In addition to her parents, she was preceded in death by a great-grandchild, Evalyn Grace Russ.

Funeral services will be at 10 a.m. on Tuesday in the chapel at James H. Davis Funeral Home & Crematory. Burial will follow in Rosehill Cemetery. Visitation is from 2 to 8 p.m. on Monday and after 9 a.m. on Tuesday at the funeral home.

To say she loved gardening was an understatement. It seemed her time on earth was a mission of sharing her innate, inborn, divinely-God-given talent of horticulture of most all plants whether it was vegetables, flowers, herbs, shrubs, or just any plant and weed.