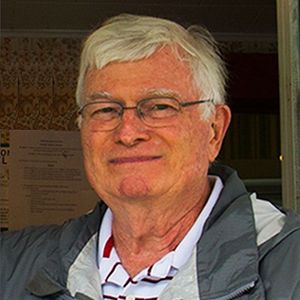 Dr. Lawrence Francis Lowing, Jr., 85, passed away Thursday, December 30, 2021, at his home in Daviess County. He was born on November 6, 1936, in Meadville, Pennsylvania to Dorothy Adsit Lowing and Lawrence Lowing, Sr. He is survived by his wife of seventeen years Katie Lowing, his brother Bob Lowing and sister-in-law Cynthia of Lancaster, Pennsylvania, his stepchildren Clifford Myers of Vancouver, Washington and Susan Fair of Fort Mill, South Carolina, and grandchildren Henry Fair, Will Myers, Lilly Fair and Sally Myers.

He was preceded in death by his previous wives Evelyn Crandall Lowing and Sally Harshaw Lowing.

Larry earned his B.A. in Health and Physical Education from Baldwin-Wallace College where he played catcher on the baseball team. He played baseball for the Detroit Tigers farm team, the Birmingham Rebels, in 1958 and earned his doctorate from Indiana University in Health and Safety in 1971.

Larry was a professor at Slippery Rock University in Pennsylvania where he served as chair of the Allied Health Dept, ASPCUF Health and Welfare Representative, Graduate Studies Coordinator, and chaired over thirty master theses. He retired in 1991 and was elected professor emeritus. He moved to Charlotte, North Carolina where he was a professor in the Health and Physical Education Dept.at Johnson C. Smith University and established the Johnson C. Smith Undergraduate Research Journal, still in publication today. He was Adjunct Professor at Kentucky Wesleyan College in Owensboro, Kentucky.

Larry was a member of First Presbyterian Church of Owensboro. He was an avid golfer all his life and served as a marshal in the 1983 U.S. Open at Oakmont Country Club in Pennsylvania. He was a past president of the Pennsylvania Association of Safety Education and the Grove City Country Club. He was a member of the board of directors of the Owensboro Symphony Orchestra, the Campbell Club and the Western Kentucky Botanical Garden where he served as director of education.

A private memorial service will be held in the future.

Expressions of sympathy may take the form of contributions to the Western Kentucky Botanical Garden.