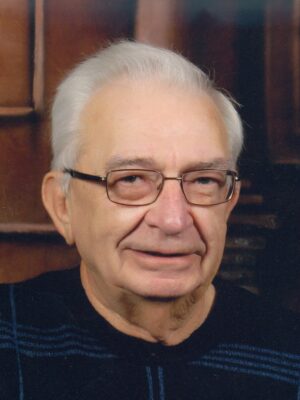 Larry Gene Royal‘s journey here on earth ended with victory in Jesus on Thursday Jan. 6, 2022, at the age of 82. He was born on Nov. 13,1939, in Owensboro to Leamon and Myrtle Royal. On June 1,1961, Larry married the love of his life and best friend, Brenda Harris Royal. Their love story was a perfect example of a Christ-centered marriage. They spent their years serving the Lord together, bowling and fellowshipping with family and friends. He was previously employed at Green River Steel and retired from OMU Elmer Smith Station. Since retirement, he has spent his time with family and loving on his grandchildren and great-grandchildren. He was a long-time member of Crosspointe Baptist Church. Larry was a faithful servant of the Lord.

Matthew 25: 23 His Lord said to him, “Well done, good and faithful servant; you have been faithful over a few things, I will make you ruler over many things. Enter into the joy of your Lord.” What an example of life to be celebrated!

He was preceded in death by his wife of 56 years, Brenda Harris Royal; his parents, Leamon and Myrtle Royal; and a brother, L.D. Royal.

Expressions of sympathy can be made to Crosspointe Baptist Church for completion of the building fund, 550 Worthington Road, Owensboro, KY 42301.