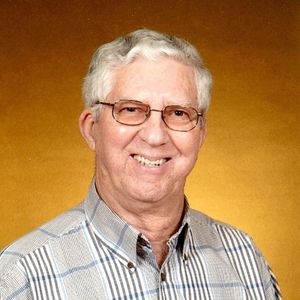 William Kenneth “Kenny” Payne, 86, of Owensboro, passed away January 8, 2022, at home. He was born in Daviess County October 14, 1935, to the late Lawrence A. and Anna L. Payne. Kenny was a Navy Veteran that served most of his time on USS Bryce Canyon. His last assignment before being honorably discharged in 1958 was on USS Samuel N. Moore. Kenny worked for the OMU Water Department as a foreman and retired after 31 years. He loved spending time with family and friends and especially going out to eat. Kenny was always working in his yard and for a great many years grew a large garden with different kinds of vegetables. He often took vacations with his family to the Gulf Coast and he and wife Ann enjoyed several cruises to many different ports. Kenny was an enthusiastic card player and bowler. He bowled for over 50 years and was on many different teams. He was a great sports fan and loved watching the Atlanta Braves and Kentucky Wildcats, basketball and football. Kenny was a devout Catholic and member of St. Stephen Cathedral. He was also a member of the local VFW Post 696 and the American Legion.

The funeral Mass will be noon Wednesday, January 12, 2022, at St. Stephen Cathedral. Visitation will be Tuesday from 3:00 until 7:00 pm with prayers at 6:30 and Wednesday from 10:30 until 11:30 am at Glenn Funeral Home and Crematory. Burial will be in Rosehill Cemetery with full military honors.

Memories and condolences for the family of Kenny Payne may be left at www.glenncares.com