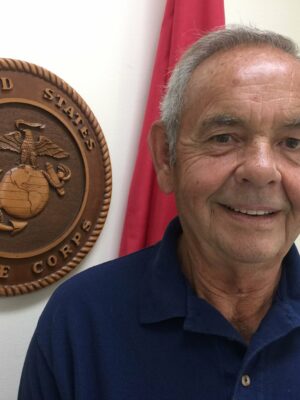 Born March 10, 1943, in Wingo, Kentucky, he was the son of the late Owen Rudell Elliott and Anna Marie Eidson Elliott. The family farm located on the Graves-Hickman County Line Road fostered his childhood years and development into adulthood. Michael was a 1961 graduate of Wingo High School and earned his Bachelor of Science Degree in Sociology from Murray State University. Sergeant Elliott was a Vietnam Veteran serving in the United States Marine Corps (1966-1970). He was awarded three Purple Heart Medals during his service. Michael was a faithful participant of the Pennyrile Honor Guard and enjoyed the camaraderie of the local VFW in Cadiz.

Throughout his sales career he resided in the Owensboro, KY and Nashville, TN areas. He retired from Husqvarna as a power equipment salesman and relocated to Lake Barkley. This setting provided him with a scenic landscape and opportunities for being in harmony with nature. He excelled in maintaining a well-manicured property.

Michael was a member of Bethel United Methodist Church, where he enjoyed teaching children’s sermons, participating in church activities and sharing fellowship with his church family. He immensely enjoyed spending time outdoors, working alongside his neighbors, and sharing witty stories. He loved being with his family and friends and taking his grandkids on “field trip adventures”.

He prided himself on cooking the “best batch of white beans” east of the Mississippi, proudly leading the “Eidson’s First Cousins Club” and sharing “Wingo Wit” to anyone within earshot. Michael seemed to never meet a stranger and had a gift of putting people at ease with his authentic, giving self.

Michael lived in Stanley, KY for a great part of his life. His contributions to the community included teaching at Burns Middle School, owning TriState Lawn & Garden, being a member of the Daviess County Lions Club and President of the PTO of Stanley Elementary. In addition, he served as a charter member and Chief of the Stanley Volunteer Fire Department. He exemplified the importance of selfless, civic responsibility.

Sincerest gratitude is expressed for the care that Michael received through the help of faithful friends and neighbors – always “at the ready”. He and his family have been blessed by the care companions that have provided safety, sustenance and smiles: David Wilson, Laura Wadlington, Lisa Sumner, Lori Ford, Kim Ennis, Patsy Morris, Anne Wilson, Spring Rushing, Madison Clark, Jacob Sasseen, Margaret Wadley and Lea Ingram. The amazing providers, staff and volunteers associated with the Tennessee Valley Veterans Administration, A Place Called Home and Pennyrile Hospice supported Michael in his wishes to experience each day to the fullest with his strong yet humble will. In addition, the family is so thankful to Bluegrass Honor Flight for making special arrangements for a memorable day visiting and bonding with others in Washington, DC.

In lieu of flowers, Michael personally requested that a donation be considered to The Pennyrile Honor Guard, American Legion Post 74, 33 Bardstown Road, Cadiz, KY 42211. His family requests that you carry on Michael’s legacy of service to God, Family, Friends, Community and Country – not just in word, but more importantly in deed, as he lived. Semper Fi.