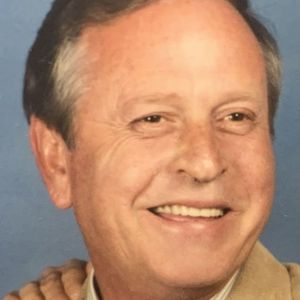 William J. “Bill” Gibson, 85, of Calhoun, passed away January 12, 2022, at Owensboro Health Regional Hospital. He was born January 2, 1937, in McLean County, to the late Earl and Edith Gibson. Bill enjoyed fishing, hunting, and life in general. He will be remembered for being cheerful and outgoing.

Along with his parents, Bill was preceded in death by his daughter-in-law, Lisa Gibson; his brothers, Dawes Gibson, Buck Gibson, Arvile Gibson, Jack Gibson, and Bert Gibson; and his sisters, Carline Howard, Tee Conway, Katey Slinker, and Jo Stennet.

He is survived by his wife of 64 years, Daisy Dant Gibson; his son, William J. Gibson Jr.; his grandsons, William K. “Kasey” Gibson and James E. “Eric” Gibson; and several nieces and nephews.

The funeral service will be 2pm Saturday at Glenn Funeral Home and Crematory with visitation beginning at 11am. Burial will be in St. Alphonsus Cemetery.

Expressions of sympathy may take the form of donations to the St Alphonsus Building Fund, 7925 Cummings Road, Owensboro, KY 42301.

Memories and messages of condolence for the family of Bill Gibson may be offered online at www.glenncares.com.