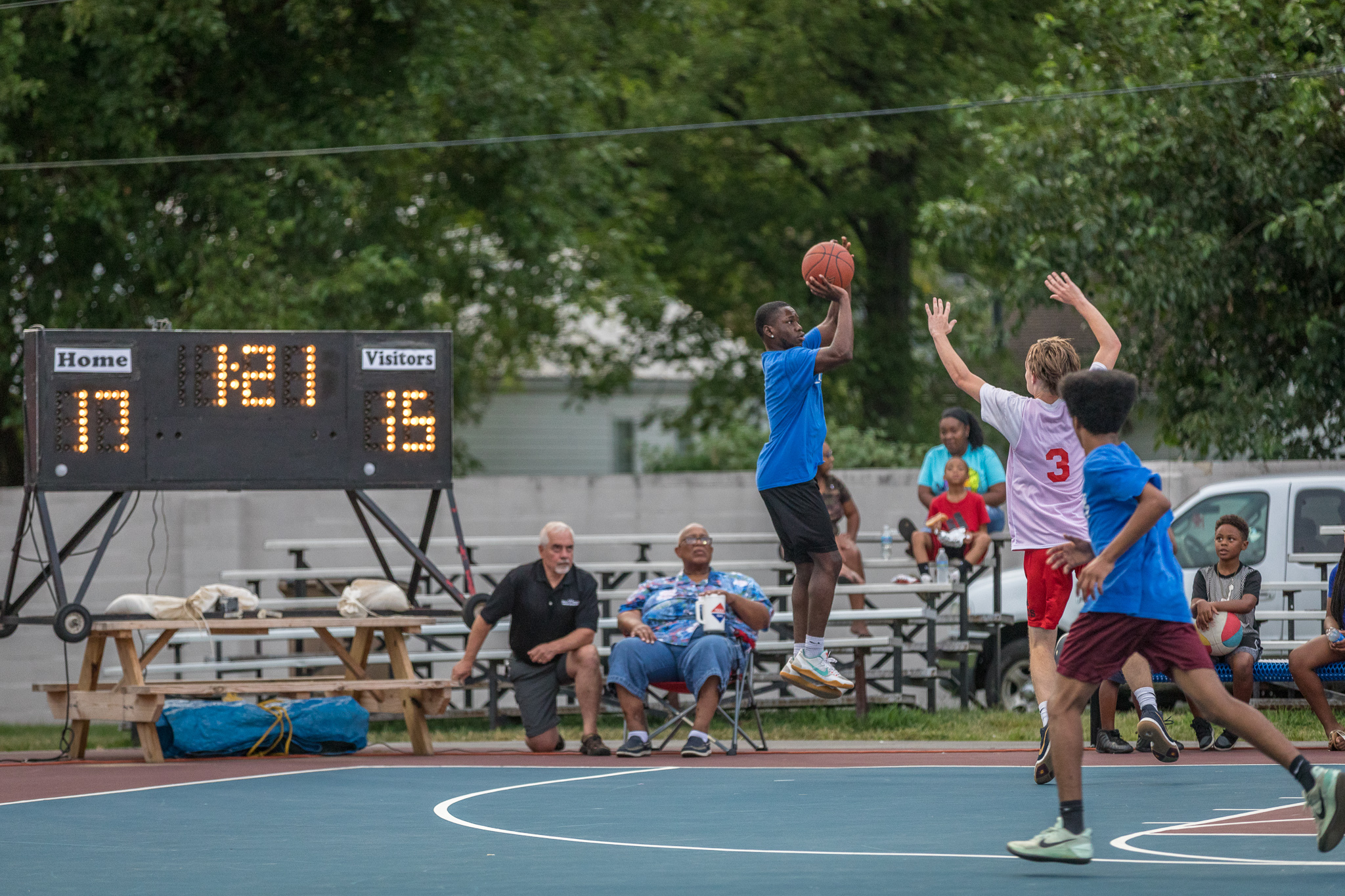 Hosting the annual Dust Bowl in Owensboro means being able to experience the best of both worlds. It’s a big enough city to bring in former collegiate and professional basketball stars, some who come back year after year to play. Yet, the city is small enough to make the tournament a personal, historical experience – a tribute to a community that goes deeper than the competition on the court.

And that’s exactly what the 45th annual Dust Bowl was about – bringing athletes together, both for the love of the game and for an appreciation of the community that continues support the tournament.

“Doing it right” involves gathering enough 12-person teams to make the annual event both competitive and versatile. It involves paying for updated equipment and relying on residents and sponsors to continue supporting the event. It involves a lot of work but, mostly, it involves the players who make it happen. This year, Owen said, there were 22 teams, 264 players, who competed in the Dust Bowl at Kendall-Perkins Park.

In the Boys High School Division, the Maddox Muscle All-Stars and Team Walden made it to the finals, competing where so many prolific athletes before them had battled for the Dust Bowl title. Maddox Muscle beat Team Walden 89-84. There wasn’t an empty seat in the stands.

According to Owen, the High School division is “the best division” to watch, due in large part to the number of players they see compete.

“We had eight teams of 12 in the boys high school division this year,” said Owen. “That’s always the goal.”

On Thursday night, the Dust Bowl featured an “Old Timers Game” that put the spotlight on two teams made of 35-and-older players, most of whom had grown up in the area and had previously played in the Dust Bowl. Mechanicsville defeated Baptist Town 48-46. The game paid tribute to the history of the surrounding neighborhoods, and the competition that has always made the Dust Bowl an anticipated event for the community.