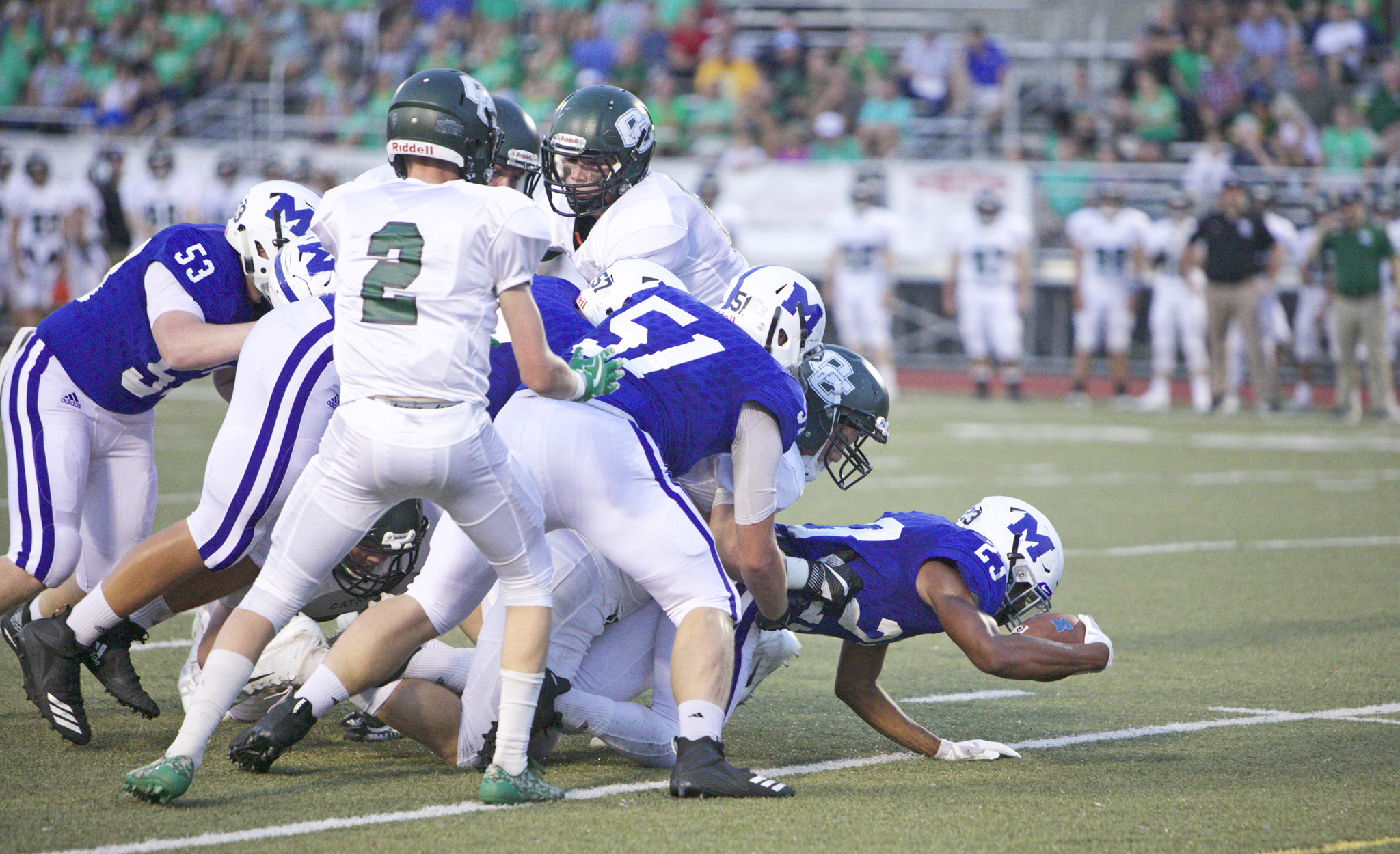 Owensboro Catholic had a tall task in trying to beat Evansville Memorial, and it didn’t take long to find out why Saturday night at Enlow Field.

The Aces (0-2) lost 49-21 to Indiana’s defending 3A state champions — who also hold the No. 1 ranking in the state — in the final game of the Evansville Teachers Federal Credit Union Border Bowl Football Challenge.

The opening drive for OCHS stalled early, and the Tigers marched down the field for a touchdown. On the following possession, Aces quarterback Drew Hartz was picked off at the line, and Memorial returned it 25 yards for another score.

A short 3-and-out gave the ball back to the Tigers, who were then stopped for the only time in the first half. Memorial went on to score on their final four possessions before halftime for a 42-0 lead.

“I wouldn’t say we didn’t come out ready to play, but we didn’t respond well to adversity early in the game,” he said. “I was proud of the way we played the second half. The kids didn’t quit, and that’s a good sign moving forward. We’re going to be fine.”

Memorial added their final score early in the third quarter before the Aces finally started to tack on points of their own.

The first touchdown came on a 10-yard connection from Hartz to Drew Mills, and the pair hooked up again on a 32-yard pass for the last score of the game. Von Williams also added a 43-yard score on the ground.

Morris said the team knew it would be a tough matchup, but it provided a measuring stick for the Aces.

“That’s a state-championship caliber football team,” he said. “It lets us know where we are, and we’ve go to go to work. We knew going in that our early season schedule was really tough for any 2A school. We’ve got big goals at the end of the season that are going to get us ready going through our district schedule and into the playoffs.”

OCHS has another big matchup this week when they host Owensboro (2-0), who’s coming off a 35-34 victory over Evansville Reitz. Morris knows the Red Devils are talented, but said the Aces can’t worry too much about who they are playing.

Hartz finished the game going 9-23 with 170 yards, two touchdowns and one interception. Mills had four catches for 59 yards and two scores. Williams led the team with nine rushes for 49 yards and one touchdown.