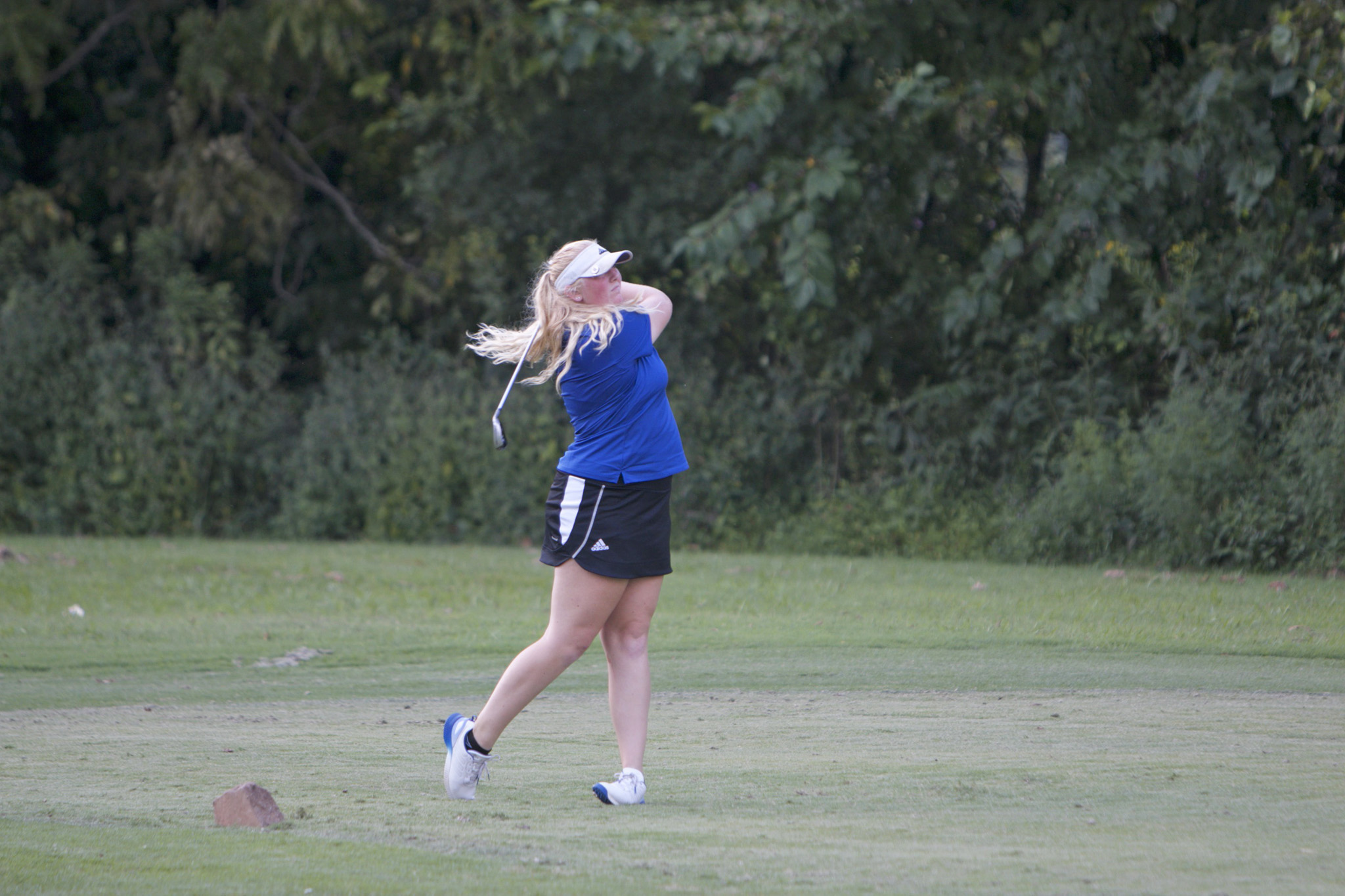 The Apollo girls golf team came away with a slim victory over Henderson County in a match Monday at Ben Hawes Golf Course. The Owensboro and Apollo boys teams, also playing at Ben Hawes, finished second and third, respectively.

“I think they’re still getting used to playing right after school,” he said. “I see a lot of teams do this in the middle of golf season. They’ve been playing hard for a month. You’ve just got to get over that wall and move on.”

Carter said he knows they have potential, as his players have posted low rounds in tournaments this year. He said they can’t worry when they have one bad shot, and they need to trust themselves.

“I’m still seeing things that we’re working on in practice that they can’t convert to when they’re playing competition golf,” he said. “Once they trust that, we’ll start seeing the scores drop back down. But, I like where we are.”

The Lady Devils had two individuals competitors in Savannah Gatton (47) and Angel Howson (48).

In the boys’ match, Muhlenberg took first with a 167, while the Red Devils followed closely with a 173, and Apollo shot a 210.

The Red Devils’ Jack Lashbrook (36) had the low round of the day. Paul Iracane (43), Andrew Chancellor (44) and Clayton Kingsley (50) also scored for Owensboro.