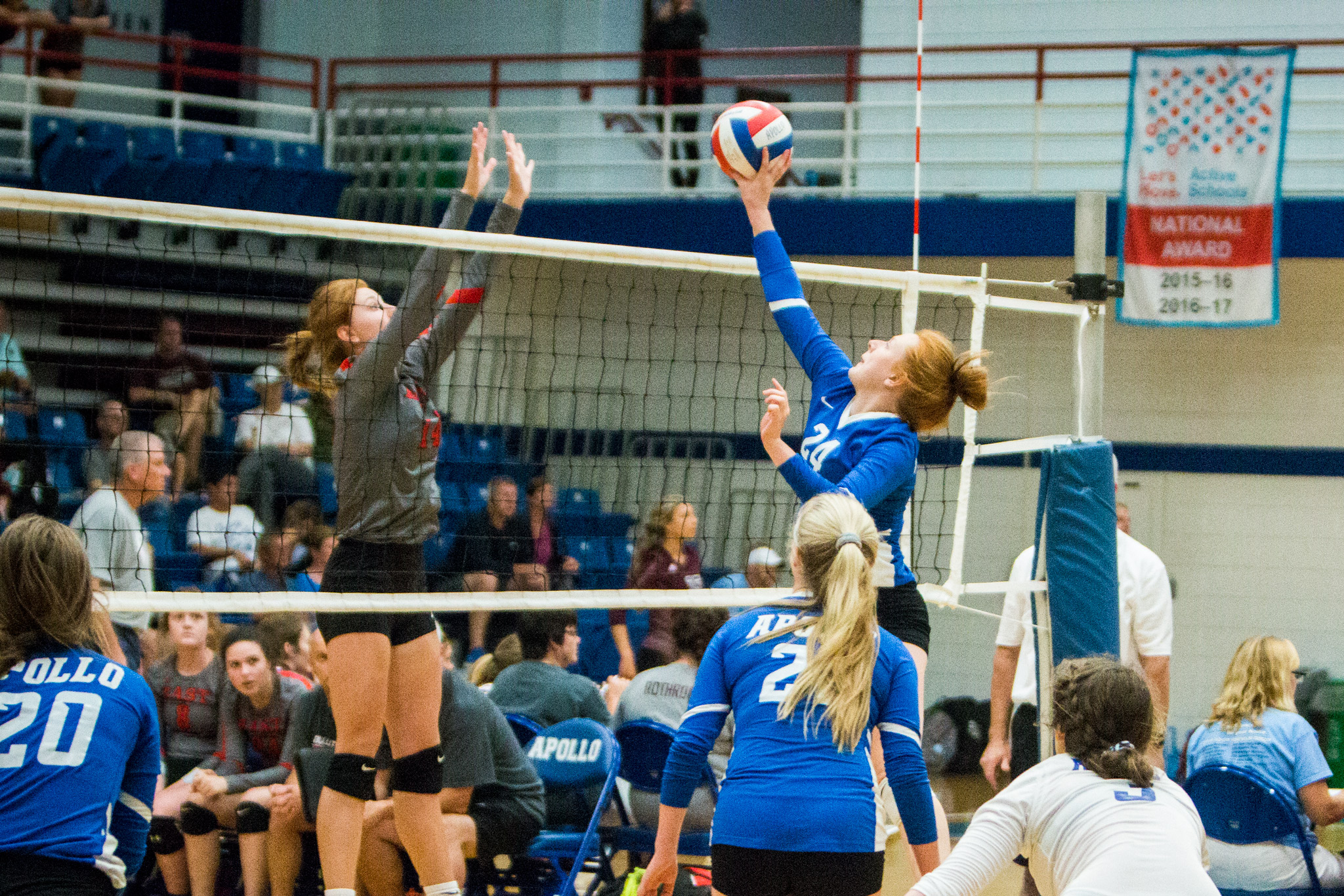 Apollo finished as runner up in their own Summer Slamdown Tournament Saturday after falling 0-2 to Bullitt East in the championship game. | Photo by Ryan Richardson

The E-Gals volleyball team came up just short in the championship game against Bullitt East to finish as runner-up in the Apollo Summer Slamdown Tournament.

The E-Gals started hot in the first set and built up to an 18-12 lead, but an aggressive attack by the Lady Chargers led to a 12-3 run. Apollo won the next two points before a block at the net fell in favor of Bullitt East to end the first frame.

The Lady Chargers jumped out in front in the second set and extended their lead to as much as 22-15 before Apollo was able to mount a comeback. The rally came up short, though, when another block at the net ended the match.

E-Gals head coach MaryAnne Howard said she would have obviously like the win, but is proud of how the team performed in the tournament.

“I’m really happy with the way we’re going,” she said. “Playing this many games in a row gets your timing rolling, and it get the girls flowing. It’s a great time of year to have this kind of tournament. We got some quality matchups in. It helps us move from the beginning of season into midseason play.”

Howard said the team played well overall, but the service game wasn’t as good as it usually is. Playing so many games in two days, though, helps the E-Gals know what they need to work on before they head into District 9 play this week.

“We got to see a lot of good things and play over the weekend,” she said. “We know what we need to fine tune for Tuesday. I think we’ll be ready to go.”