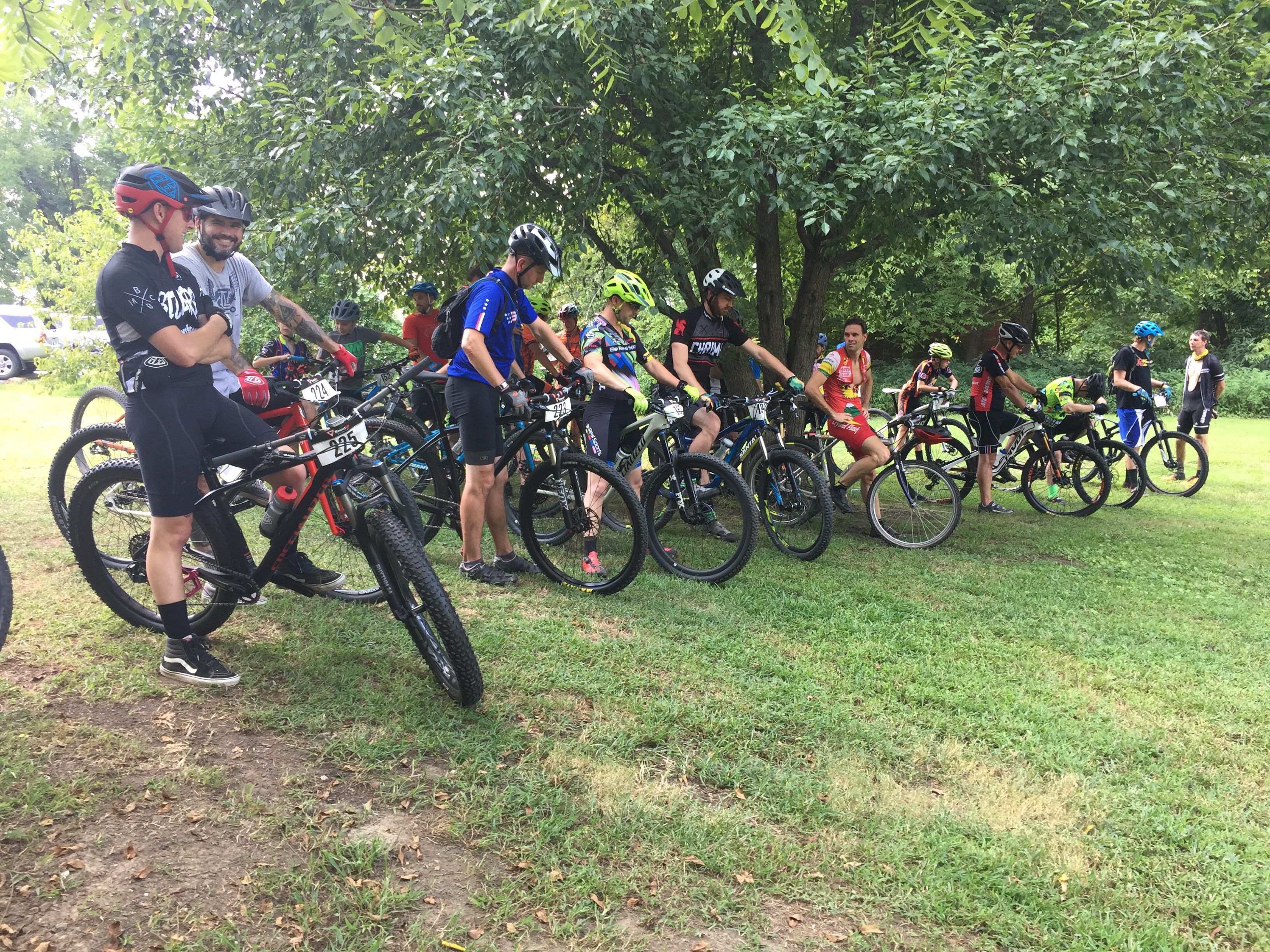 The Rudy Mines Mountain Bike Trail may not require too many technical skills, but that doesn’t make it particularly easy. The trail at Ben Hawes was the final race of the Bluegrass Mountain Bike Cup, and it claimed a handful of victims early on.

No one was injured, though a few participants failed to finish due to either fatigue, a flat tire or in one case, a broken handle bar after a collision with a tree. Still, that doesn’t make it any less fun for some riders.

One competitor, Owensboro native Kyle Dailey, said he tries to ride every weekend and a few days a week after work. He doesn’t typically enter races because he’s more into the sport for fun.

“I’m 43 and started six years ago, and I wish I started when I was 18,” he said. “It’s addictive. I get out here because I feel like a little kid again, just playing on my bicycle.”

Dailey placed first in Category 3, the entry level for racers. Category 2 is for intermediate and Category 1 is for experienced riders. There is also a Masters category for those over 40 years old, a Juniors for U14/U18 and a Single Speed for racers using a bicycle with only one gear.

This was the seventh year the Ben Hawes course was part of the Mountain Bike Cup, formerly known as the Kentucky Points Series while it was under different ownership. Larry Myles, owner of Be Real Sports Cycling & Fitness, took over the series this time last year, and said the courses are handpicked and chosen because they are staple mountain bike trails in Kentucky.

Myles said his goal was to reignite interest and continue a series of cross country mountain bike races across the state. The races are hosted by individual promoters, but there is an overall set of series rules and guidelines to maintain consistency. Now, Myles wants to expand the series.

“It will probably grow one, if not two races,” he said. “It’s all about finding promoters to pull in.”

It takes more than just promoting the race — the course has to be well-maintained in order to be successful. At Ben Hawes, Richard Dixon has taken on that responsibility.

Dixon got into mountain biking in the early 1990s, but gave up the sport after having to constantly drive long distances to find a trail. When the property at Ben Hawes became available, he saw an opportunity to bring the sport back to life in Owensboro.

Dixon is the current Kentucky Mountain Biking Association Ben Hawes trail leader. KyMBA is a non-profit organization whose mission is to create, enhance and preserve great trail experiences in Kentucky. Through grants, fundraisers and an agreement with the city, Dixon and his crew turned the park around. They converted much of the double tracks into a single track, and lengthened that trail to 10 miles. He still sees room for improvement.

“There’s a lot of double track out here that’s not being used much because it needs to be improved,” Dixon said. “There’s definitely opportunities. What we’ve got now is fantastic, but it can definitely be improved.”

Dixon is hoping a nicer double track will help encourage more beginners to come out and get involved in mountain biking. He said he thinks Ben Hawes is already set up for those kinds of riders due to the way the course is set up.

“We had to do something to make it different,” Dixon said. “It’s never going to be known for distance, elevation and epic views. We can’t make it technical, so we went for the fun factor.”

That combination of fun and endurance is what keeps bringing local riders like Dailey back. He said he’s brought friends who run or do road bike races, but they struggle at Ben Hawes. They aren’t used to quick turns and changes in elevation, but that’s the perfect kind of track for him.

“This course is awesome for flow,” he said. “It’s great for beginners because it doesn’t have hard technical stuff. It’s smooth, has great rolling hills and you can just pump through the trail.”