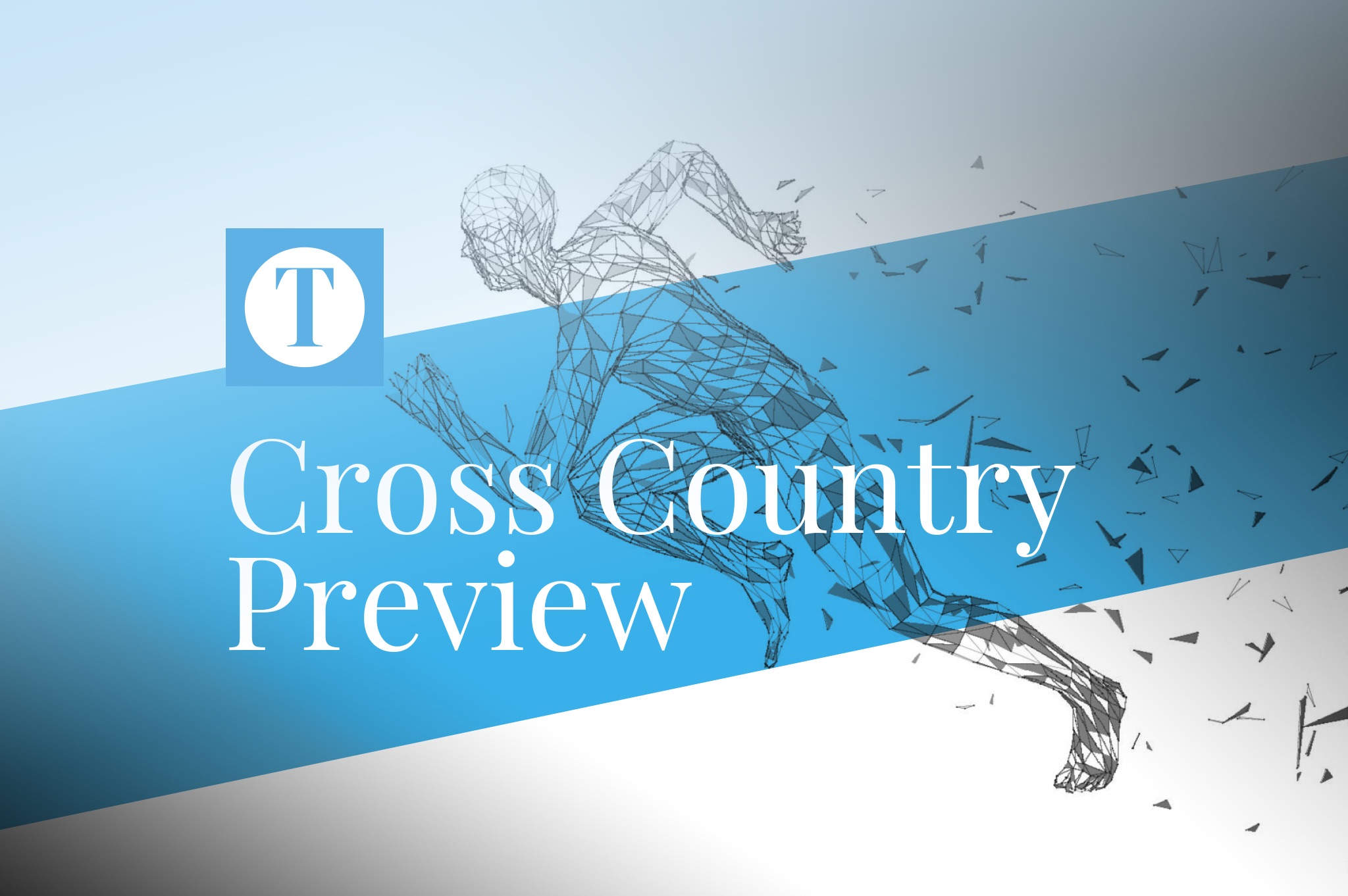 With the cross country season about to hit full swing, local teams are ready to get things going at the 8th Annual Kentucky-Indiana Border Clash.

The meet, scheduled for Tuesday at Yellow Creek Park, will feature the boys and girls teams from Daviess County, Owensboro and Owensboro Catholic, as well as the girls team from Apollo and the boys team from Whitesville Trinity. With it being the first day of competition, coaches aren’t sure what to expect, but they’ve generally got high hopes for the season.

Owensboro Catholic head coach Scott Lowe said the Aces don’t want to accept anything less than a state title after taking a disappointing second-place finish a year ago. 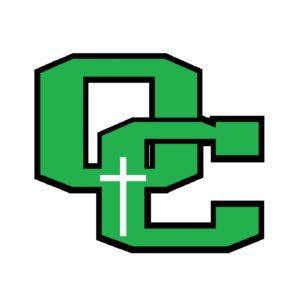 “We had a really great year last year, but we came up one win short,” he said. “We were shooting for the top prize, so it kind of left a bitter taste in our mouth. Second place is always good, but we were really expecting to come out on top.”

The Aces bring everyone back from last year, and Lowe said it’s one of the most talented teams he’s ever had. Behind leadership from seniors Austin Stallings, Samuel Polio, Sean Whitehouse and Hank Dotsey, as well as juniors John Cason and Jacob Bailey, Lowe is hoping OCHS will use experience to get the top prize.

“They didn’t like that feeling of going to state, having a chance to win it and not performing the way they needed to” he said. “This year is really about testing ourselves. We’re going to meets where we’re going to face tough competition.”

For the girls team, head coach Jim Ivey wants to advance out of the region. Last year, the Lady Aces finished one place too low to qualify for state, so he has higher expectations.

“We had a lofty goal last year and came up a little bit shy,” Ivey said. “Our goal is to get a team out of region and go compete at state.”

Ivey will rely on a combination of old and new runners to carry the team this season. Juniors Kate Weafer and Bethany Mayfield both qualified for the state meet as individuals, and both ran their personal bests on that course. Ivey expects another returning junior, Alyssa Clouse, to come back from a down year after being All-State her freshman season.

One newcomer, Alex Scheithe, is a junior who used to play volleyball but decided to start running, and Ivey said she is the in the top spot on the team at the moment.

Head coach Mark Fortney, who oversees both teams at Daviess County, expects to take both squads to the state tournament. He’s got a title in mind for the girls, while he’s hoping to place at least in the top 10 with the boys. 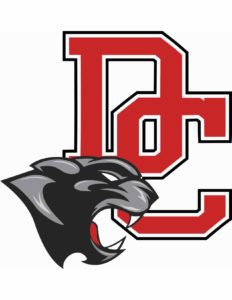 The top runner for the Lady Panthers is Karlee Hoffman, who has finished in the top five as an individual finisher each of the past three years.

“Expectations are high for her to have a shot at winning an individual state title this year,” Fortney said. “She’s very solid and had a good season of training. Her focus is really strong for that.”

The Lady Panthers will also have a pair of strong runners in Riliegh Owens and Kate Bradley Rhoads, but the rest of the team are all freshmen and sophomores. That isn’t making Fortney taper his expectations.

“We’re looking to win our 12th straight regional title,” he said. “Our goal is always to be in the top three, and we have been on the podium the last six years.”

The Panthers will also be relying on a handful of underclassmen, though Fortney said they’ve impressed him in the offseason.

“The boys are a little inexperienced, but they’ve made great strides this summer and we’re looking to have a very successful season,” he said. “We hope to compete for a regional title and be top 10 in the state.”

DCHS will be led by seniors Evan Swift and Brock Taylor, as well as sophomores Alex Adams and Brady Terry. While his runners have been competing against each other in the preseason, he said they’ll need to work together to find success.

“They are excited to race each other, but we try to get our groups to run together as pack,” he said. “That’s how you score and win meets, is you compete with each other.”

Apollo’s boys team and head coach Charlie Shoulta are trying to win a second consecutive regional title despite losing several talented runners to graduation. Shoulta said on paper, the Eagles are probably expected to finish fourth in the region, but he’s not worried about what anybody else thinks. 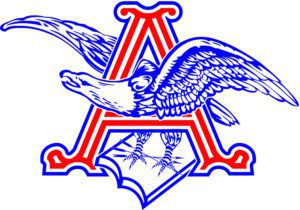 “Our underclassmen have trained as hard as any group I’ve ever coached during the summer,” he said. “The goal is to bring home the regional championship for the second year in a row.”

One person in particular who impressed Shoulta is senior Dalton Barnett, though he expects nearly anyone on the team can place well in any meet.

“We have a group of seven or eight guys that on any given day could be our number two runner,” Shoulta said. “If anything can help us get to where we want to be, it’s that strong pack that is pushing each other on a daily basis.”

The E-Gals are under new leadership in first-year head coach Audrey Sparks, who is going to push the team to work harder and place higher at the state meet.

Three of her top runners are Kaitlyn Alvey, Elizabeth Boarman and Sammi Roberts, the lone seniors on a team full of freshmen and sophomores. Sparks said she still wants production from the whole team.

“I’m asking everybody to step it up,” she said. “I am taking this year very seriously and I’m asking a lot more of them than I think they’re used to in the past. I want girls that are dedicated and girls that want to compete.”

For Owensboro, head coach Gary Mesplay has a pair of teams at opposite ends of the spectrum. The girls roster is full of runners in their first year, so expectations will be modified. The boys team, meanwhile, is one of the most experienced teams he’s had. 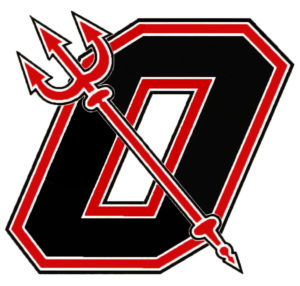 “It’s probably the most seasoned team I’ve had in my five years here,” Mesplay said of the Red Devils. “We’re not really deep, but we have five good runners at the front. Hopefully in a few weeks, we can make that six or seven.”

A pair of seniors he can rely on early are Michael Ashley and Gavin Turner, but the whole team has helped provide leadership for the girls squad, Mesplay said.

“The girls are running with the boys,” he said. “We don’t all do the same mileage or workouts, but we’ve got some boys that can help them along. That makes a big difference. They’ve blended in really well, and it’s been a good thing.”

For the Lady Devils, Mesplay is starting from scratch, as it’s every runner’s first year on the team. He’s still hoping they can make it to state behind promising talent from sophomore Tasih Pettigrew and freshman Ashley Colburn, though he understands it may be difficult with inexperienced runners.

Head coach Emily Payne used 2017, her first year in charge, as a rebuilding season for the Raiders. Despite being a small school, Payne is hoping to teach her runners to be confident and work hard.

The team will be led by seniors Blaise Morris, Trenton Morris and Cameron Wright.

“They are definitely our top runners,” Payne said. “Blaise is very strong-minded and a hard worker, Trenton is just athletic all the way around with a great work ethic, and Cameron has the build for running — tall and lean and he gives his all during races.”

She also expects incoming freshman Deven Wathen to be a strong contender. Payne said she wants the team to be competitive in the region, and it all goes back to the runners believing in themselves.

“The key to our season is confidence,” Payne said. “I try to inspire these kids to always work hard, on the course and off, to be successful.”