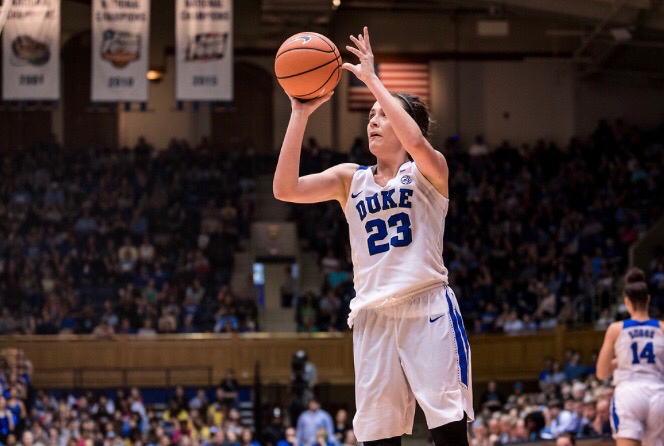 Becca Greenwell is cherishing the opportunity to give back to her hometown community. By hosting the Becca Greenwell Skills Clinic, the Owensboro Catholic High School alumna wants to share some of the talents that helped her succeed.

Greenwell had to wait until she graduated from Duke University before she could put on the clinic due to NCAA regulations. She decided to come back to her hometown to host her first clinic on Aug. 18 at the Catholic High gym.

“This is something I’ve always wanted to do,” Greenwell said. “I wanted to give back and give young boys and girls a chance to participate in something I participated in growing up. I went to camps all the time, so it’s definitely a great experience if you want to get better. To be able to do something like this after everything I’ve been through is very exciting for me.”

The camp is divided into a pair of three-hour sessions. The first is from 9 a.m. to noon for boys and girls in grades 5-8, while the second runs from 1 p.m. to 4 p.m. for those in grades 9-12. Greenwell said slots are still available, and the registration fee is $65 at www.rebeccagreenwell.com.

Each session of the clinic will be divided into two rotating groups that will teach skills in agility at one end of the court, with ball-handling and shooting at the other. Greenwell said she does want to make it fun, so there will also be competitions with prizes, as well as a Q&A and autograph session at the end.

Greenwell’s basketball journey began in first grade in Owensboro, but by high school she was competing nationally on travel teams. Along the way, she suffered a pair of ACL tears, but upon graduating from Duke University she was still selected 31st overall in the WNBA draft by the Washington Mystics.

Greenwell said, despite her national success, she hasn’t forgotten about her hometown and how valuable it was to her. No matter where she’s gone, she said friends and family have always been there to support her.

“It’s a special place,” Greenwell said of Owensboro. “I had some of my best times growing up there, especially around high school when basketball started to pick up and I started to become more recognizable. I’m excited to get back there and I think it will be special to give back to the local kids.”

Home » Sports » Greenwell looks to give back with skills clinic