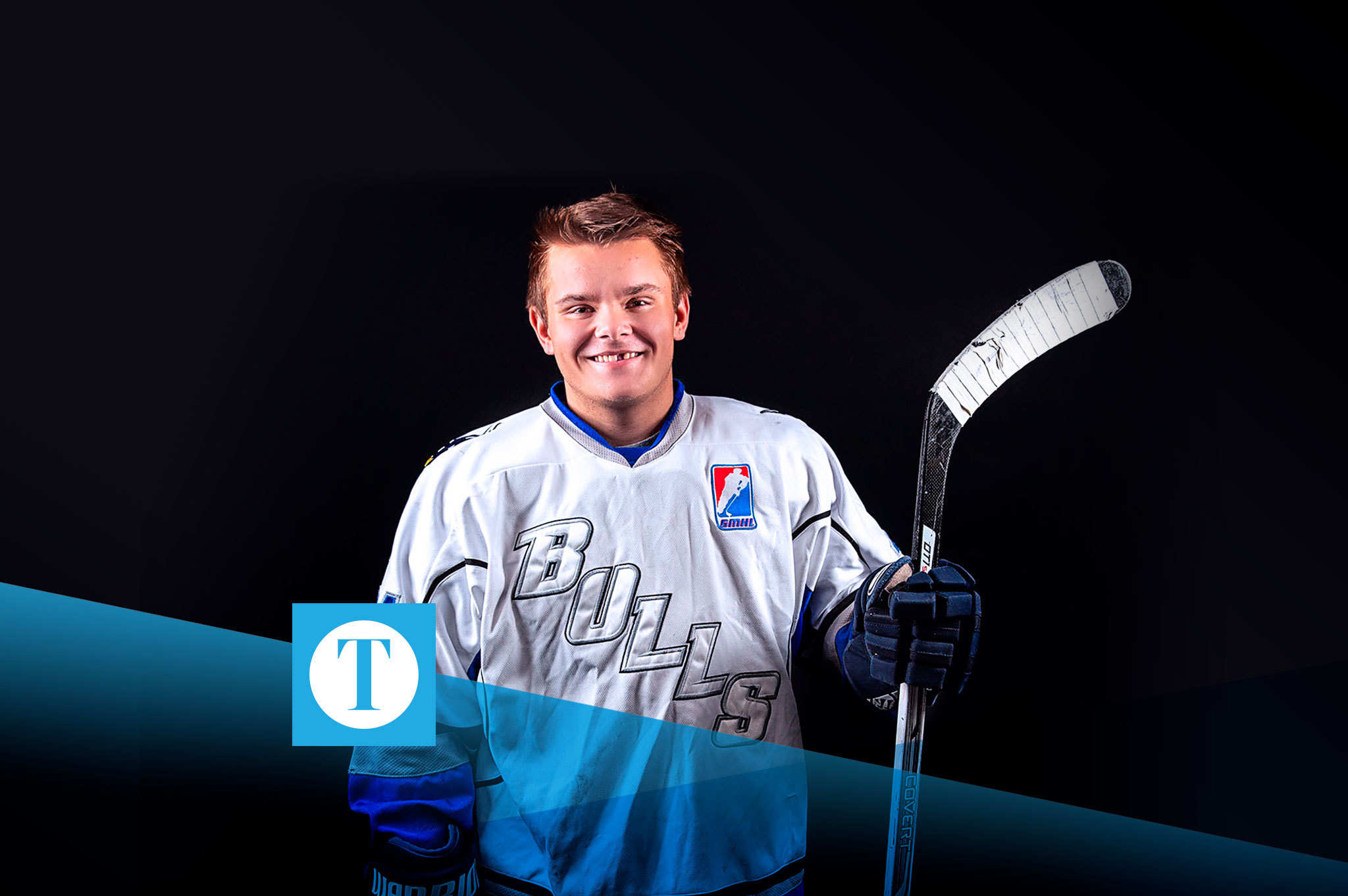 Growing up playing youth hockey for teams like the Owensboro Puckhogs and the Evansville Thunder, it may appear that right wing Robert Howard has been playing hockey almost as long as he has been walking.

At 18 years old, Howard’s had more life experiences and logged more travel miles than most grown-ups do in a lifetime, all in the name of hockey.

On Thursday, Aug. 23, Howard will embark on an adventure that will hopefully lead to the fulfillment of his ultimate desire — playing professional hockey.

Although he will be away from home for at least the next six months, Howard is excited about the doors that may open by playing for the GMHL (Greater Metro Junior A Hockey League) Bradford Bulls in Ontario, Canada.

Howard said, “It’s every kid’s dream to play hockey in Canada where it all started. It really is a dream come true to be playing up there. The team has all sorts of connections to Finland and Sweden to play professional hockey.”

At the age of 15, Howard had the opportunity to play for the 16UF Florida Eels and then for the Daytona Racers. While playing in Florida, Howard found himself on the ice at least twice a day.

He said that was when he realized, “Hey, I might actually be able to do this.”

Chasing his dream of playing professional hockey has not come without its sacrifices. Due to the number of hours and travel he has had to put in, Howard has had to complete most of his high school credits online and away from Owensboro Catholic. While he was not able to walk across the stage with his graduating class, he was able to attend his senior prom.

The hockey life also hasn’t come without its share of injuries. Howard laughed as he listed the two missing front teeth, separated shoulder, torn ligaments, chipped bone, cut eye, numerous knee injuries, and one or two mild concussions he has sustained over the past 15 years. Yet, he still gets back on the ice everyday with the same passion he had when he started.

Howard said the sacrifice and support of his family has helped in his decision to keep pushing forward.

“I have been blessed with a close, tight-knit family,” he said. “They have been there every step of the way to help me chase my dreams.”

While playing for the NHL (National Hockey League) is his ultimate goal, Howard does have a plan for his future if that should not materialize. He plans to major in Business Management and eventually work as a hockey coach or team manager.

Howard said he had the opportunity to help out with the youth program while playing in Daytona and “There is no better feeling than seeing a young kid at 5-6 years old follow their dream.”

For now, he will head to Ontario for a two-week training camp before preparing for the first game of the season on Sept. 9.

After settling in with his team, Howard plans to “stay in the gym 2-3 hours after everyone else is gone. There’s always someone out there going after the same goal. I want to make sure I’m working harder than everyone else.” He believes that if he does, “I could be playing professional hockey in Sweden” next year.