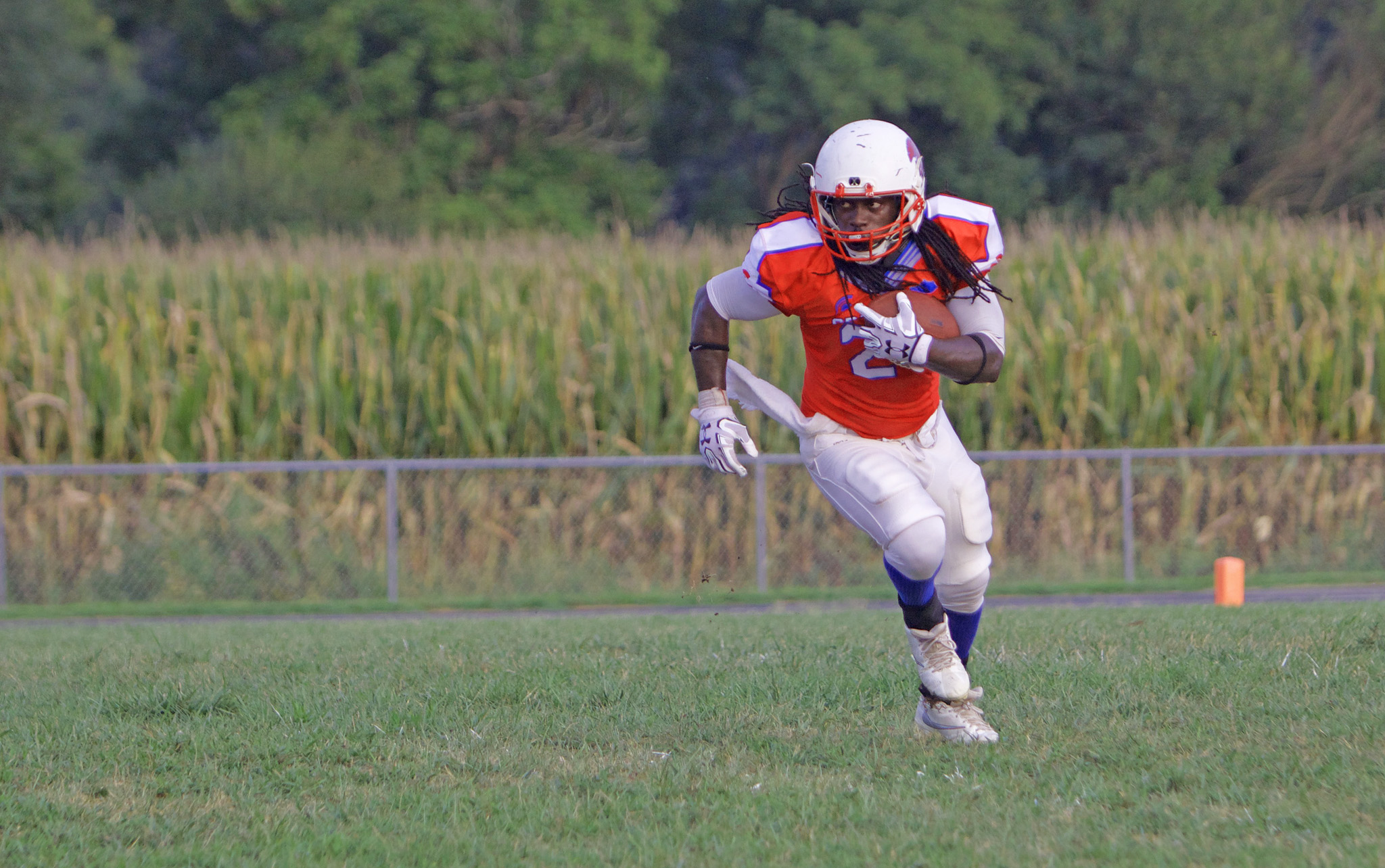 The Kentucky Spartans won their league playoffs, so they'll wait for a bid to the national tournament. | Photo by Ryan Richardson

The Kentucky Spartans brought home their conference championship after a 25-22 win over the Louisville Cavalry. The championship game of the Mid-South Football League playoffs was played in Jeffersonville, Ind., Saturday night.

The Spartans, Owensboro’s semi-professional football team, move to 11-1 on the season. Tyson Hamilton (2), Kevin Farris and Matthew Douglas all had interceptions. Douglas’ interception sealed the victory.

The Spartans now wait for a bid to the national playoff tournament, which takes place later this year.

To find out more about the Spartans or to see their regular-season schedule and roster, click here.