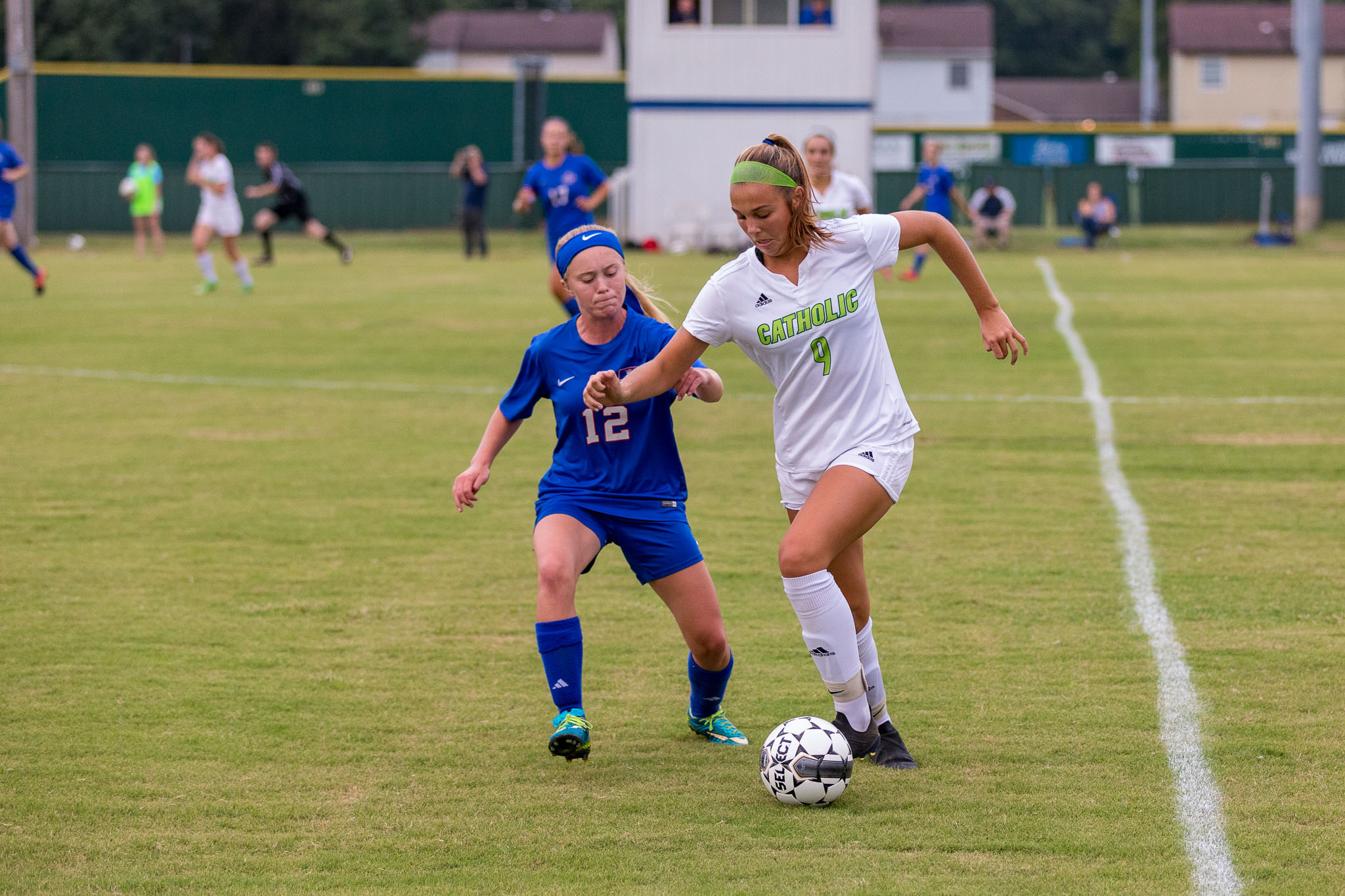 Lily Moore already had a hat trick by halftime, but she went add to add four more goals to break a school record en route to Owensboro Catholic’s 9-0 victory Tuesday over Apollo.

Junior Kaylee Morris and senior Genarose Jones each added a goal for the Lady Aces (1-0), and both got the assist from Moore, a junior. Owensboro Catholic head coach Kelli Brannock said Moore is a great competitor.

“She has that workhorse, aggressive mentality,” Brannock said. “She does a lot of good work for us up top, and she had some good assists.”

Brannock said she was happy with the whole team’s performance, but does want to continue to improve on all of the things on their list. She said they were also able to work on moving some people in different positions and getting some of the underclassmen some good experience.

“We had a few more chances we could have put in, but that will come as we keep working through games,” she said.

While Owensboro Catholic maintained possession for most the game, E-Gals (0-1) head coach Mason Head said he was still proud of his players.

“A few stand out in the way they played and they didn’t let in,” he said. “You really see a team’s resolve when you get down 5, 6, 7-0. You never want to be in the position, but it’s interesting to be in that position. You get to find out when it really counts which players you are going to turn to and know they are going to be there for us.”

Head said his team has to stay focused on what they are trying to achieve together.

Head said anytime you get to see a district opponent play, you take a few things to store away for later use.

Apollo’s next game is at 6:30 p.m. Thursday at home against Caldwell County. Owensboro Catholic plays again at 7 p.m. Thursday in Newburgh, Ind., against Castle High School.