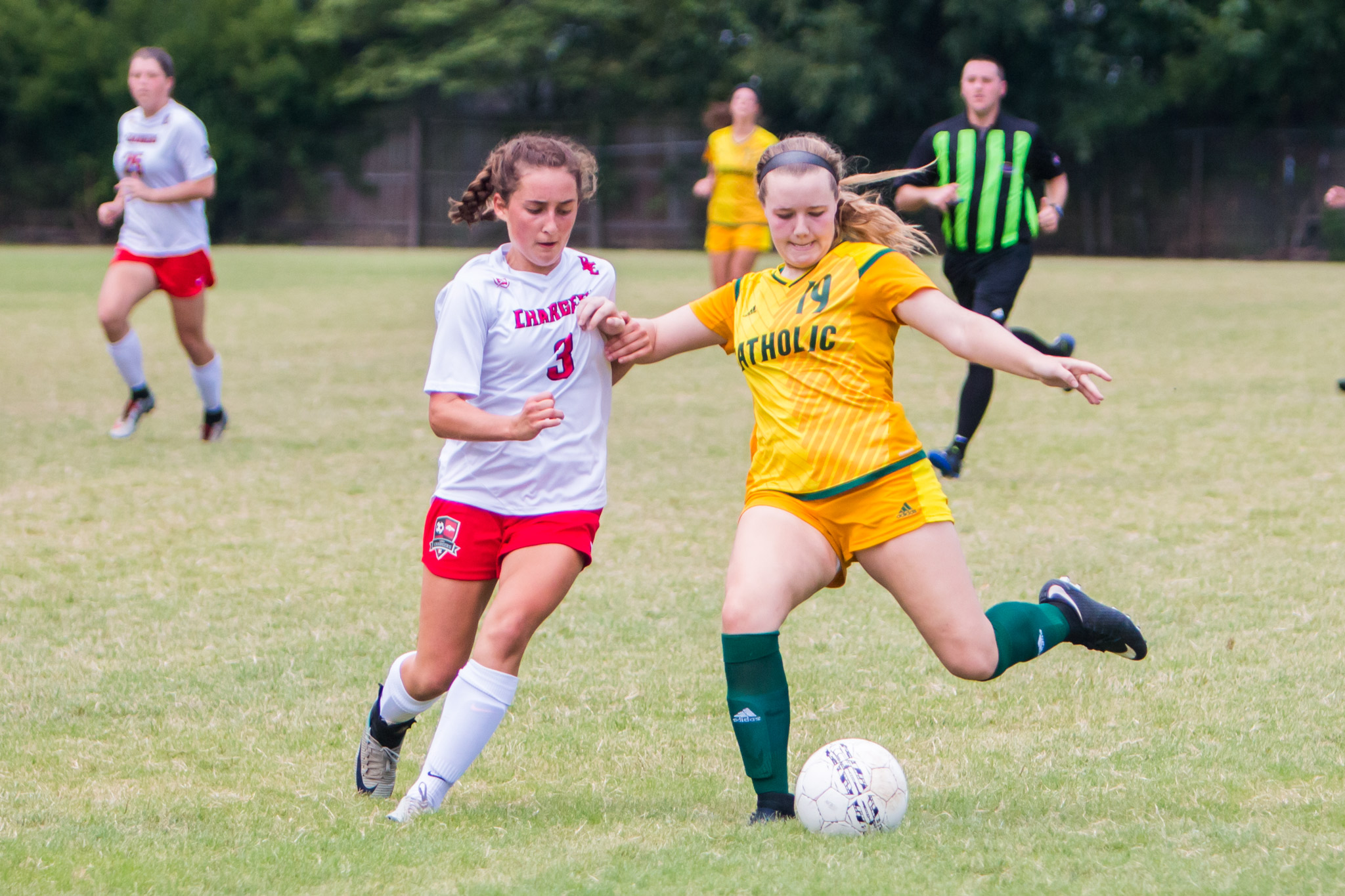 The Lady Aces soccer team used a couple early goals from junior Emma Eyre to carry them to a 4-2 win over Bullitt East on a humid Saturday morning.

Equal ball control early kept possession mostly in the middle of the field, though each team did threaten to score a few times early. The Lady Chargers appeared to get the first goal, but it was disallowed after an offsides call.

Owensboro Catholic (2-1) pushed up the field quickly two minutes later, and junior Kaylee Morris got the ball to Eyre near midfield. Eyre beat her defender to the right and shot back across the box to find the left side of the net.

Eyre’s second goal came with 12 minutes to go in the half, and she scored from nearly the same position with the same shot, only this time it was junior Lily Moore providing the assist. Another goal was disallowed by an offsides call — this time on the Lady Aces — but OCHS did score once more before halftime.

Senior Genarose Jones found an open target in fellow senior Isabelle Stanfield, who lofted a shot over the outstretched hands of the Bullitt East goalkeeper. The Lady Colonels answered back with a score of a corner kick, and the halftime lead was 3-1.

Those early goals proved to be enough to win, but Moore did add one more for insurance off a pass from Eyre. Head coach Kelli Brannock said she is happy with a win, but thought the team could have played better.

Brannock said with the next game being at night, she’s hoping the conditions will be better and the Lady Aces will have a better performance. She still encouraged the team to do their part in preparing for the next match.

“The next game isn’t on a Saturday, but I still talked to the girls about taking care of themselves, getting sleep, eating well and drinking lots of water,” she said

OCHS finished with 13 shots on goal and eight saves.

The Lady Aces play again at 7 p.m. Tuesday when they host Daviess County (1-0) for a District 9 match.