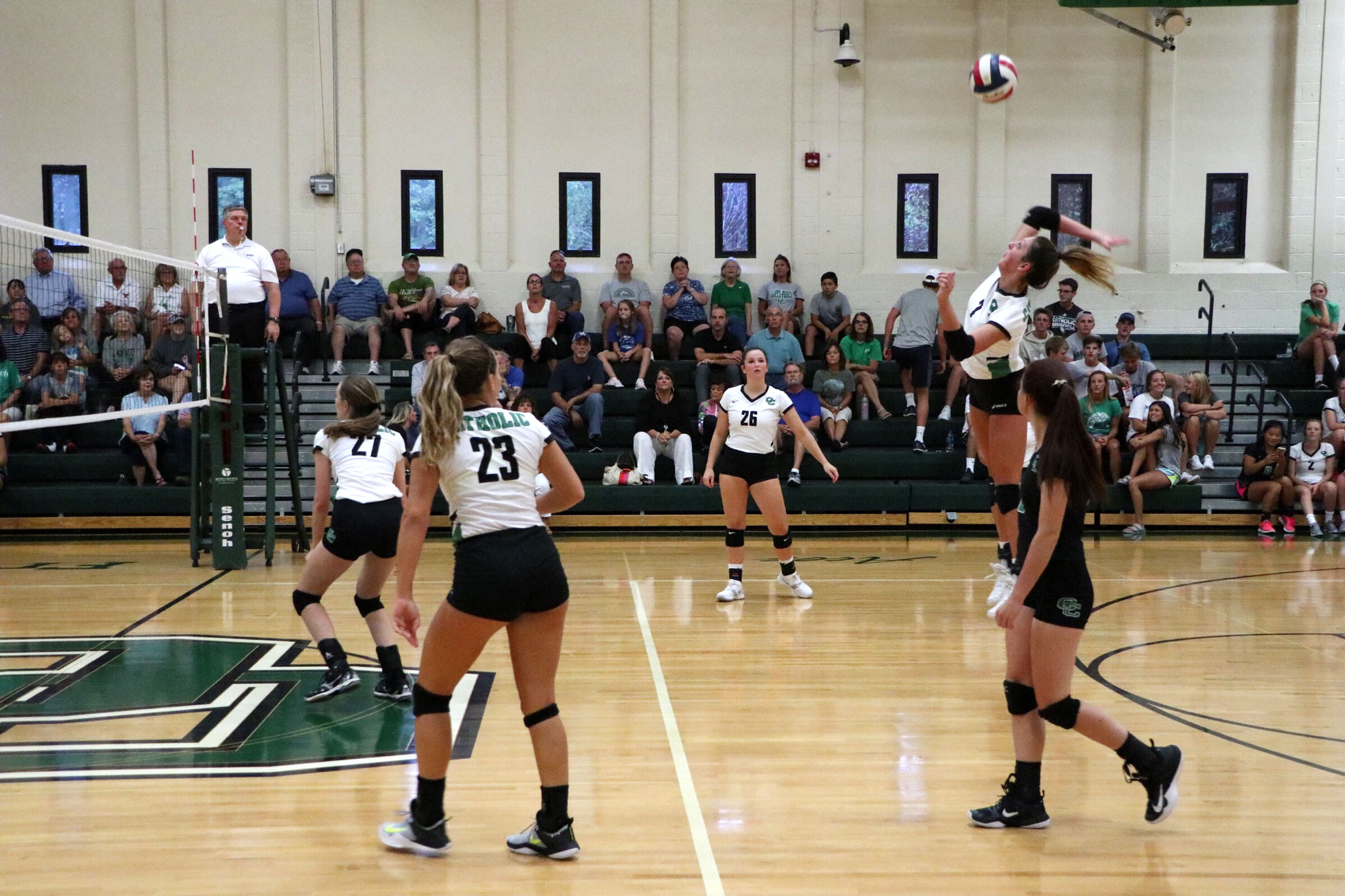 Owensboro Catholic's Cassidy Towery jumps up for a hit Thursday during a match against Bowling Green. | Photo by Ryan Richardson

A few errors and unlucky bounces put the Lady Aces in a 19-7 hole in the the fourth set, and they weren’t able to force a tiebreak. Owensboro Catholic did put together a run to bring the score to 23-20, though a pair of points at the net fell in favor of Bowling Green to end the match.

Lady Aces Head Coach Brian Hardison said he liked the fight the team showed, but the unforced error near the end took away their chance to play an extra set.

“We can fight when we want to,” Hardison said. “It seems like we lose focus sometimes, just enough to get us in trouble. It seems like they play harder when they get down, and they have to work their way back into the game.”

In the first frame, Owensboro Catholic held a late lead at 22-21, but the Purples forced a few mishits to take the set. The Lady Aces were able to maintain an advantage throughout the second set to even the match, but they started running into trouble in the third. The Purples pushed their lead to five points midway in the third, and a late run wasn’t able to flip things back in Owensboro Catholic’s favor.

The Lady Aces will have some time off before the next match, a 7 p.m. meeting Aug. 21 at Apollo.