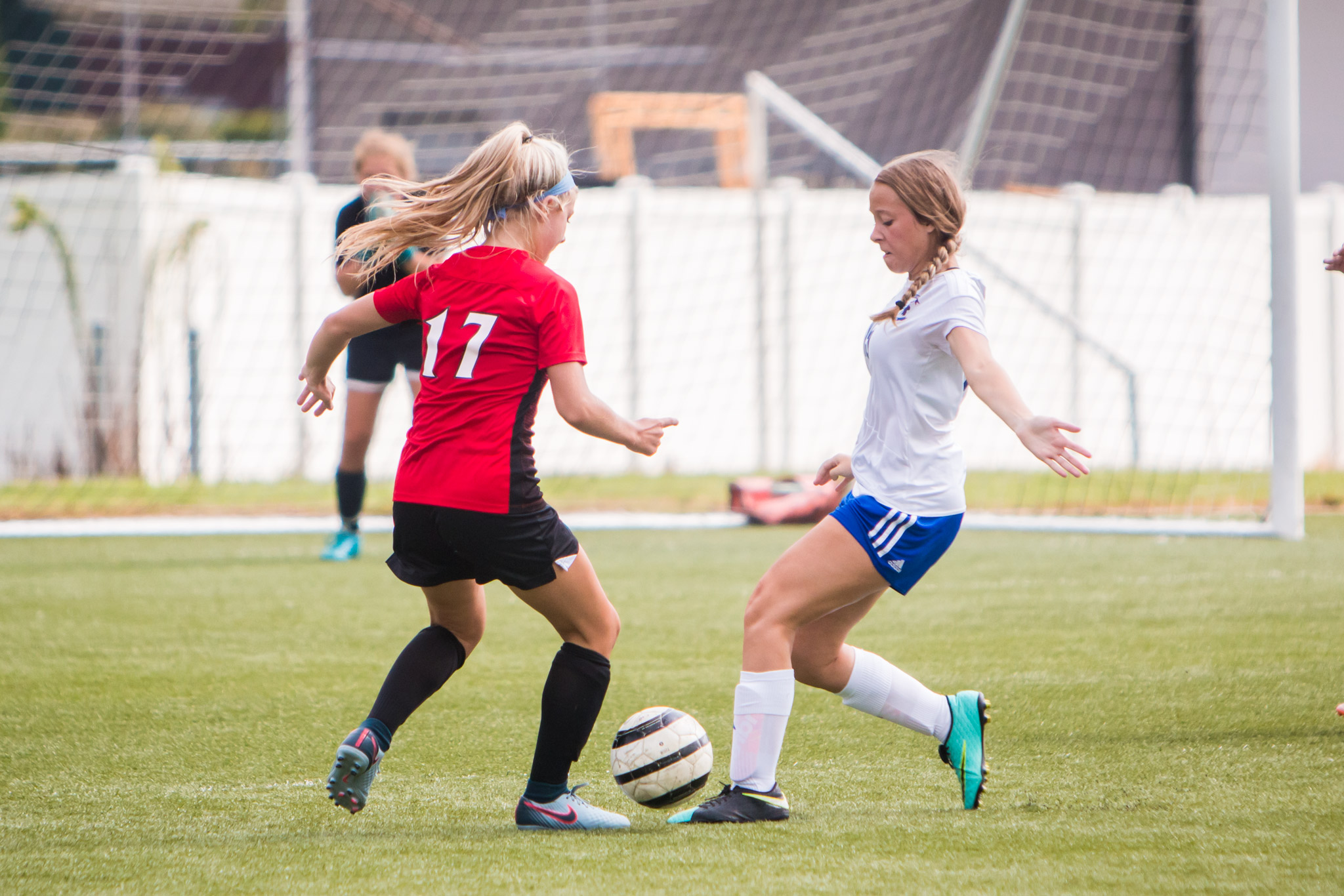 The Lady Devils soccer team picked up its first win of the season Saturday. | Photo by Ryan Richardson

The Owensboro girls soccer team held off a second-half attack from Christian County to earn a 2-1 victory, the first of the season for the Lady Devils.

Owensboro (1-1) scored both of its goals in the first half, then limited the Lady Colonels to a single score in the second half despite nearly running out of gas. Christian County came out more aggressive, and the final minutes had the Lady Devils on their heels.

Head coach Casey Cundiff said he’s glad Owensboro picked up the win, but was disappointed with the late performance.

“I’m happy with the win, but I’m not happy with the finish,” he said. “In the first half, we possessed well and made a lot of good runs. We were very creative and our defense was awesome. The second half started out well, but we started tiring and Christian County started picking up the pressure.”

The first goal for the Lady Devils came from senior Macey Cundiff, who scored off a free kick in the box. The shot was nearly blocked by the diving goalkeeper, but the ball bounced of her hands and into the back of the net.

The other goal also came off a set piece, this time after a corner kick that was sent into the box. After the initial attempt was blocked, several bodies from both teams surrounded the ball, and sophomore Ella Mays was able to poke it out of traffic for the score.

Cundiff said he thought the team executed the game plan in the first half, and that’s what helped them gain the lead early.

“Our midfield possessed the ball,” he said. “They did a great job of holding and making combination plays. Our outside backs got up the field today and got us width. We didn’t have that the other day.”

It was when the fatigue set in on a muggy Saturday morning that Cundiff said Owensboro started getting sloppy and was scrambling to defend. He said the Lady Devils weren’t able to concentrate at that point.

Going forward Cundiff said the team will need to do more conditioning — running sprints and not resting as much for upcoming games, for example — in hopes of building endurance as the season wears on. Still, he said, it’s hard to mimic the feel of an actual game.

“I think we need to get in game shape,” he said. “It’s our second game of the year. You can practice and run and do all that, but actual game competition is when you find out where you’re out.”

The Lady Devils finished with six shots on goal, and they had seven saves between senior goalkeeper Aubrie Schueler and junior goalkeeper Aja Herbert, who entered after a minor injury to Schueler.

Owensboro will play again at 7:15 p.m. Tuesday at Apollo in their second District 9 match of the season.