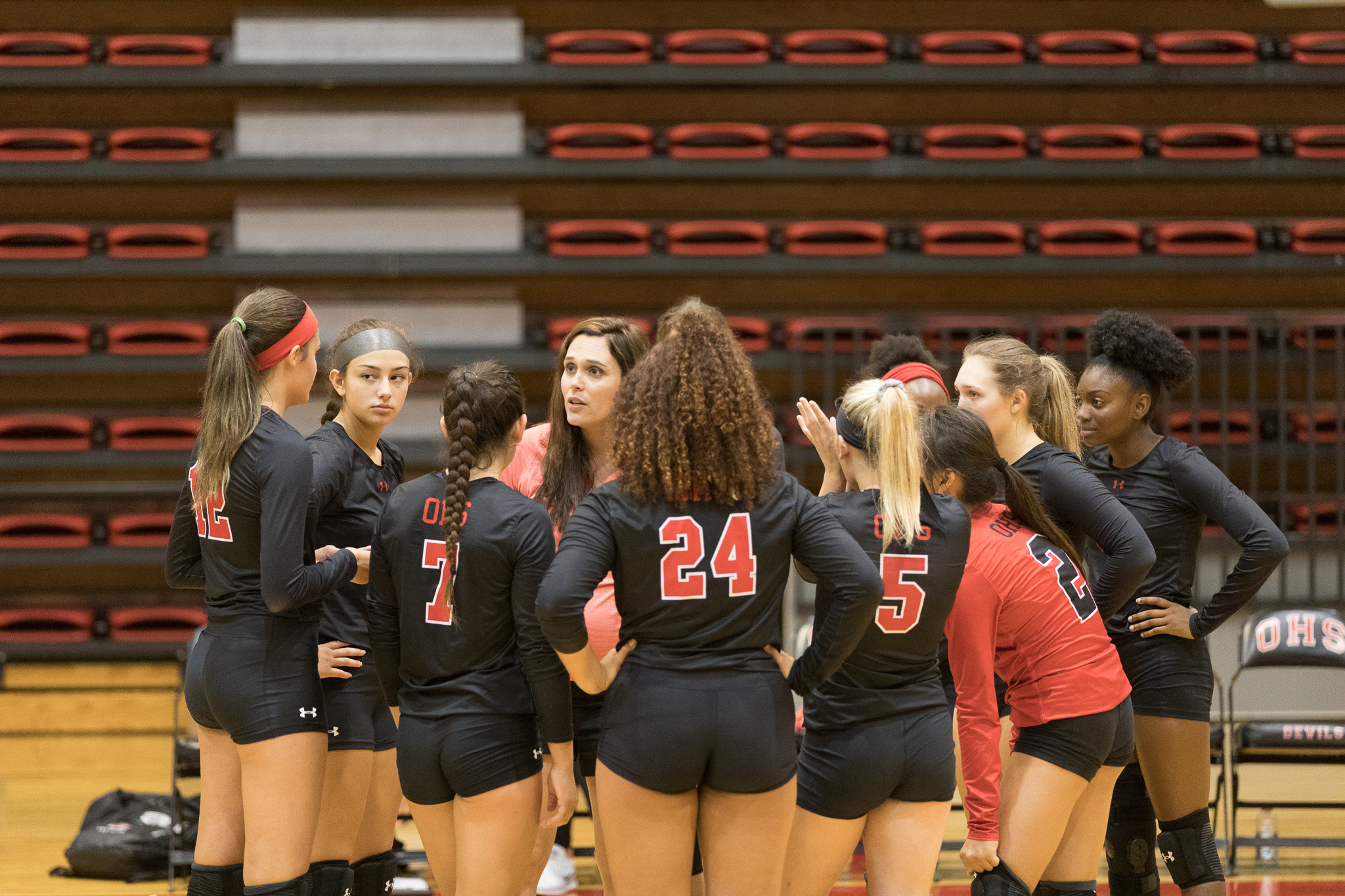 The Lady Devils (1-1) faced a deficit for much of the night, yet still found themselves up two sets to one thanks to some timely runs. Hancock County took control of the final two frames, though, never allowing Owensboro to take a lead in either set.

Lady Devils Head Coach Melissa Hibbs said she was still happy that the team didn’t quit, even when they fell into a couple big holes.

“They never gave up,” Hibbs said. “I think that is such a great characteristic of a team to see at the very beginning of the season. If they would have laid down, tonight would have been ugly.”

Both teams struggled with unforced errors, and the first set went back and forth until the Lady Devils pushed the lead to 24-22. The Lady Hornets got the next point, but the ensuing serve was hit into the net. The second set contained almost as many lead changes until the final few points. Down 19-18, the Lady Hornets rattled off six points in a row to even the match.

The following two frames swung heavily in different directions to force a fifth, deciding set. In the third, the Lady Devils rode a strong service game from sophomore Kaelyn White to take a 17-3 advantage before struggling to close out the frame. The fourth set went the other way, as the Lady Hornets took a 16-5 lead before allowing a short run from Owensboro.

The Lady Devils again fell in an early hole in the tiebreak set. They managed to get back within a point of the lead, but Hancock County was able to serve out the match.

“We went out there and we had energy in that first set,” Hibbs said. “We came out there wanting it. I think we played aggressive at points, but we were inconsistent. We had too many unforced errors. We were fortunate to pull out the win last night, and tonight it just didn’t happen.”

“Our girls are so talented, but they need to believe in themselves,” Hibbs said. “They’re learning the young factor isn’t an excuse anymore. I tell them all the time you have to overcome that by going out there and playing aggressive.”